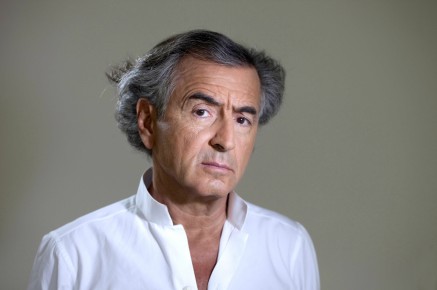 French philosopher and public intellectual Bernard-Henri Lévy told a New York audience on Sunday that an emerging new language for antisemitism is once again making the world’s “oldest hatred” acceptable.

“Antisemitism in Europe is taking on a new form, is adopting a new wording which makes it again acceptable … by a growing number of French and European people,” he told an audience at the Consulate General of France in Manhattan’s Upper East Side.

He said the new antisemitism rested on the three pillars of anti-Zionism, Holocaust denial and using the Holocaust to “shut up” other human catastrophes.

Explaining his thesis, Lévy said that “one of the questions … of antisemitism … is to inhabit the wording which makes the hatred possible and legitimizes the hatred. It gives the feeling to the one who hates that he hates for good reasons.”

Throughout history, as the justification for antisemitism, Jews have at times been despised for “killing Christ” and at other times resented for “inventing Christ,” Lévy said. During other periods Jews were considered to be a corrupting race. These historic forms of antisemitism are now in the “process of disappearing” he said.

The first of them is anti-Zionism. That “Jews deserve to be hated because they are faithful…to an illegitimate state.” The second is Holocaust denial. “Jews deserve our distrust…our hate…because they traffic what should be the most sacred part of themselves.” And the third justification antisemites are using, Lévy argued, is that Jews use the Holocaust to “shut up” the suffering of others and other genocides, “particularly the Palestinians.”

The widespread adoption of these three smears “could be the spark of the atomic bomb of antisemitism,” Lévy warned.

Describing the overall climate for Jews in France, which has seen some of the most deadly and brutal attacks against the community in the past decade, the philosopher was nuanced.

“For the Jews in France, the situation is dramatically critic [sic], but it is not a desperate situation, far from it,” he said. “We are not facing or living the return of the thirties, as some are saying in France and also in America.”

But, he warned, “the situation is critical of course, for the first time since long [ago] … Paris and France is a place that Jews are killed because they are Jews.”

Lévy listed the major recent attacks against Jews on French soil and admitted to those gathered that ”I don’t know any French Jew today who does not feel concerned … who does not feel threatened by this atmosphere.”

“I know a lot of French Jews who live under protection, who cannot move from their home to a restaurant without being escorted by two or three or four brave policemen because they are under threat of this new criminal ideology of our time, which is world Jihad.”

“The Jews are not the only target of course,” he added, but “for sure, Jews today are on the top of the top of the list of the potential victims of this world Jihad.”

Lévy was the keynote lecturer at a fundraising event held in support of the David Gritz Scholarship at Paris’ Sciences Po, which was established to honor the memory of David Gritz, a French-American student killed in a terrorist attack at Hebrew University of Jerusalem on July 31, 2002.