Zoll is being placed on unpaid leave while disciplinary proceedings begin, according to the statement.

A Ferguson, Mo., police spokesman has been put on unpaid leave after initially denying, then admitting that he referred to a memorial for Michael Brown as a “pile of trash” to a Washington Post reporter.

Post reporter Jose A. DelReal called Officer Timothy Zoll, the Ferguson Police Department’s public relations officer, after some residents claimed a motorist had intentionally driven a car through a memorial to the 18-year-old who was shot and killed by a Ferguson police officer in August.

“I don’t know that a crime has occurred,” Zoll told DelReal on Friday. “But a pile of trash in the middle of the street? The Washington Post is making a call over this?”

Zoll inititally denied making the statement but later admitted to the remarks and to misleading his superiors when confronted on the issue, the city said in a statement Saturday night.

The memorial, a collection of flowers, stuffed animals, balloons and other objects, took shape on Canfield Road, where Brown was shot. Residents have been creating a new one on the same spot. 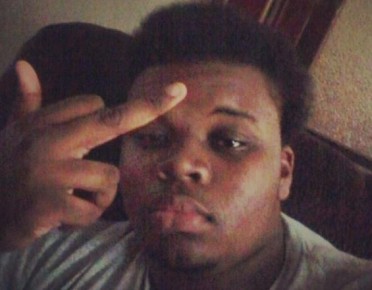 “The City of Ferguson wants to emphasize that negative remarks about the Michael Brown memorial do not reflect the feelings of the Ferguson Police Department and are in direct contradiction to the efforts of city officials to relocate the memorial to a more secure location,” the statement reads. The department noted that even after the officer’s initial denial, it “continued the investigation until the truth was discovered.”

Prior to Saturday’s statement, Jeff Small, a spokesman for the city, told the St. Louis Post-Dispatch that Zoll had been misquoted and denied questioning why the Washington Post reporter made the call.

DelReal stuck by his story, tweeting Friday afternoon: “The department told the St. Louis Post-Dispatch that the quote is a misunderstanding. The quote is accurate.”