North Korea to America: “You Are Within Our Nuclear Strike Range” 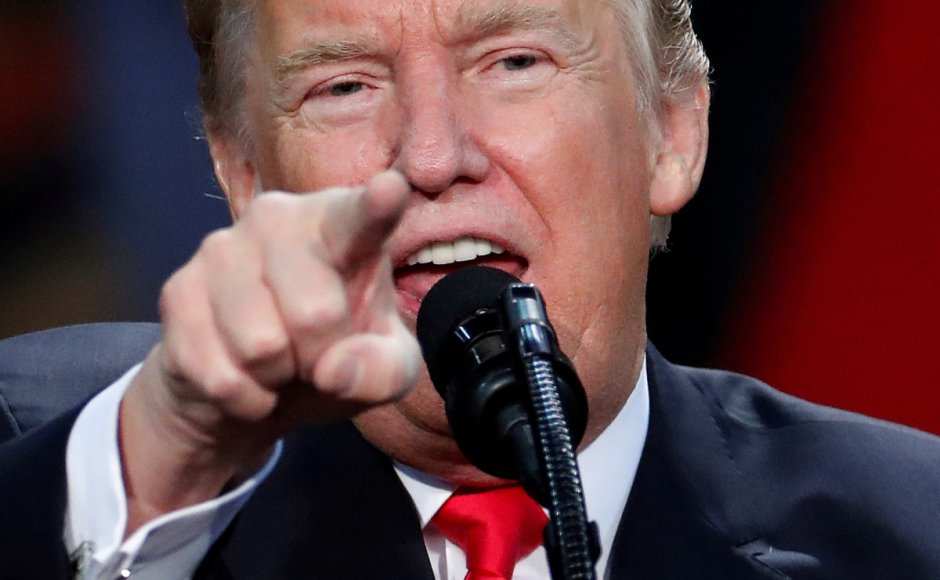 Like an imbecile, Trump responds that his “nuclear button is bigger” than Kim Jong-un and does absolutely nothing about North Korea threatening the U.S. with nuclear bombs.

Instead of actually doing something about North Korea, the same North Korea sharing nuclear information with Iran, Trump acts like a school kid comparing peepee sizes:

Donald Trump has taunted North Korea’s leader about the size of his nuclear arsenal after his UN envoy, Nikki Haley, dismissed the value of proposed high-level talks between Pyongyang and Seoul.

The US president used Kim Jong-un’s New Year’s Day speech as the basis for his latest provocative tweet against the leader, whom he has previously referred to as “little rocket man”, saying the “nuclear button” in Washington is “much bigger and more powerful” than Kim’s – “and my button works!”.

This is the president of the United States acting like an imbecile and doing nothing to stop North Korea. It’s not just an embarrassment to the U.S., it’s dangerous and insane.