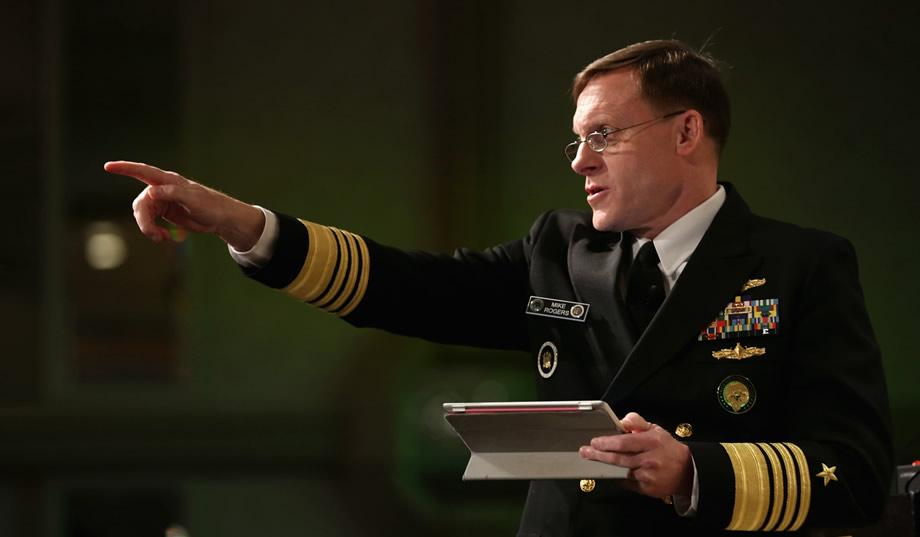 National Security Agency (NSA) director Mike Rogers admitted on Thursday that Hillary Clinton’s use of a private server to conduct official government business while she was secretary of state represented an “opportunity” for foreign spies.

“You really want to drag me into this one, sir?” Rogers laughingly asked Senator Tom Cotton (R., Ark.) during a Thursday cybersecurity hearing before the Senate Select Committee on Intelligence.

Without mentioning Clinton’s name, Cotton had asked Rogers to respond to a hypothetical cabinet member’s request to use a private, non-governmental server for government business.

“My comment would be, ‘You need to ensure you’re complying with the applicable regulations and structure . . . for your department,’” Rogers replied, adding that he doesn’t know the rules for every federal agency.

Cotton then tried a different tack, asking if the communications of the president’s senior-most advisers were often targets of foreign-intelligence agencies. “Yes,” Rogers said.

“If an NSA employee came up to you and said, ‘Hey, boss, we have reason to believe that Russian foreign minister Sergei Lavrov or Iranian foreign minister Javad Sarif is conducting official government business on a private server, how would you respond?” Cotton pressed.

Rogers waited sometime before replying. “Uh . . . from a foreign intelligence perspective, that represents [an] opportunity,” he finally said.

Ranking member Dianne Feinstein (D., Calif.) seemed upset by Cotton’s line of questioning, disputing “the relevance of that to this committee” before adding, “that’s just my opinion.”

The FBI continues to investigate Clinton’s server for possible criminal violations of federal classification laws. The Clinton campaign and State Department maintain that all sensitive information found on the server was classified after-the-fact, but multiple federal investigators have disputed that claim.