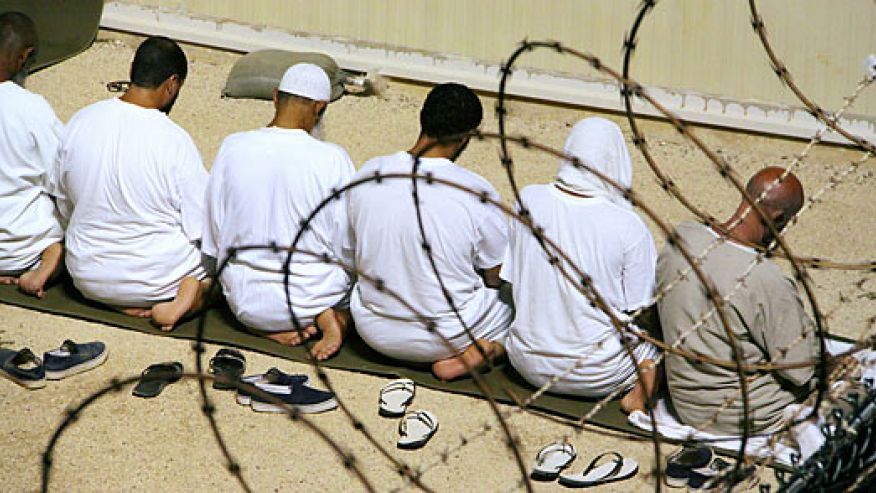 Back to “strike terror into the hearts of the unbelievers.” (Koran 8:12)

The number of Guantanamo Bay detainees that have returned to terrorism after having been released under President Obama in the six months through January has doubled to 12, according to the administration’s Office of the Director of National Intelligence.

As both The Hill and Reuters have reported, Obama has released 144 Gitmo prisoners so far. In contrast, former President George W. Bush released 532 Gitmo detainees during his administration with 111 of those returning to terrorism. There are 86 others who are suspected, but not yet verified, of returning to the battlefield since Bush was in office.

The intelligence report warned that many of the current prisoners at the facility will likely return to terror if released as President Obama has continually promised:

Based on trends identified during the past eleven years, we assess that some detainees currently at GTMO will seek to reengage in terrorist or insurgent activities after they are transferred. Transfers to countries with ongoing conflicts and internal instability, as well as recruitment by insurgent and terrorist organizations, could pose problems.

Citing these updated figures, lawmakers are pressing hard against the president’s proposal to close the Guantanamo detention center.

“These detainees are some of the most dangerous people in the world,” Rep. Lynn Jenkins (R-KA) said. “They should never be allowed the opportunity to reengage in terrorist activities.”

Other Republicans, including Marco Rubio and Tom Cotton, have introduced a bill that would require Congress’s approval before the facility could be closed. Of course, Obama has proven time and again that he won’t let something as pesky as Congress stand in his way.