Obama Administration Caught Lying About Its Role In Condemning Israel

As I posted yesterday, there is a slow but steady leak of documents appearing in the official Egyptian press that implicates John Kerry in the drafting of the UN Security Council Resolution condemning Israel for building housing in Jerusalem among other places. Both State and the White House deny this happened though their denials are somewhat a odds with each other. The White House denies a meeting took place, State says the meeting was not as described. What is funny is that the administration keeps denying that a “meeting” took place when the documents plainly refer to more than one meeting: 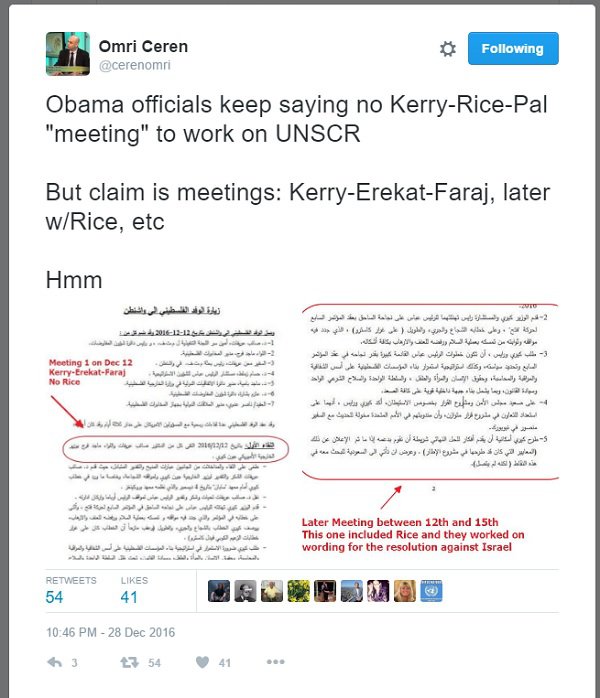 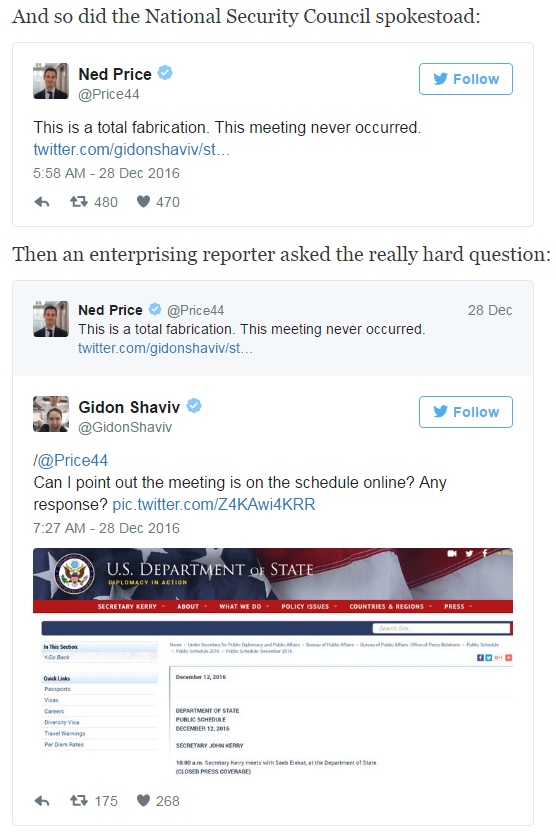 Yep. It is right there on State’s public website. John Kerry meeting with the fat, stubbly terrorist who represents the Palestinian Authority on the day the documents (see the first tweet in this post) claim the meeting took place.

And now it looks like Kirby has deleted his denial.

As it stands right now, the evidence is pretty clear and damning. The Obama administration worked closely with the Palestinians on a resolution to condemn Israel. They were exposed. They have lied incessantly and vociferously about their lie. And, in true Kerryesque fashion, they were just too dumb to cover their tracks.