Obama Administration: Trading Deserter Bergdahl For Five Taliban Commanders Was “Absolutely Worth It” 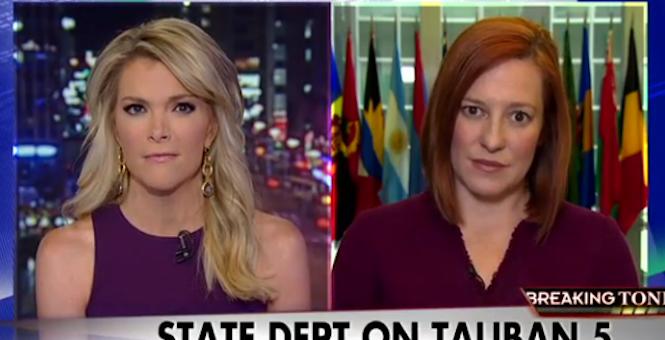 Tuesday afternoon the U.S. Army officially announced desertion charges for Army Sgt. Bowe Bergdahl, who allegedly left his platoon in Afghanistan and was captured by the Taliban in 2009.

The United States Army announced this afternoon from Ft. Bragg, North Carolina that Army Sgt. Bowe Bergdahl will be charged under the Uniformed Code of Military Justice with one count of desertion with intention to shirk important and hazardous duty and one count of misbehavior before the enemy by endangering the safety of a command, unit or place. If convicted, the first charge of desertion carries a potential maximum penalty of dishonorable discharge, rank deduction, forfeiture of paid allowances and maximum confinement of five years. The second charge of misbehavior before the enemy carries a potential maximum penalty of reduction in rank, forfeiture of paid allowances, confinement for life.

Under the Uniformed Code of Military Justice, a preliminary Article 32 hearing has been scheduled and will be held at Ft. Sam Houston, Texas. When the hearing will take place will be announced at a later date. A court marshal for Bergdahl will be pursued.

Last night State Department Spokeswoman and incoming White House Communications Director Jen Psaki defended the decision to trade Bergdahl, towing the same line that the administration has been using for nearly a year: we don’t leave men and women behind.

“Was it worth it? Absolutely,” Psaki said, while denying the swap had anything to do with emptying Guantanamo Bay. “We have a commitment to our men and women serving in our military, defending our national security everyday that we’re going to do everything we can to bring them home if we can and that’s what we did in this case.”

“We look at Sgt. Bergdahl as someone who served his country as many men and women have,” she said.

But one key point Psaki fails to mention is the smear job the State Department and Obama administration tried to run on Bergdahl’s platoon mates, who came forward publicly to accuse him of desertion after he was celebrated by the White House. Psaki’s colleague, State Department Deputy Spokeswoman Marie Harf, went so far as calling his platoon mates not credible and painted them as liars. National Security Advisor Susan Rice said on national television that Bergdahl served with “honor and distinction.” And who could forget President Obama touting Bergdahl’s release in exchange for the enemy, who have since attempted to return to the battlefield, in the White House Rose Garden with Bergdahl’s parents.

With the new charges officially announced for Bergdahl, the White House is still only committed to Bergdahl, not the real heroes in his platoon who he deserted in Afghanistan. At the very least, the men in his platoon are owed an apology by the administration.