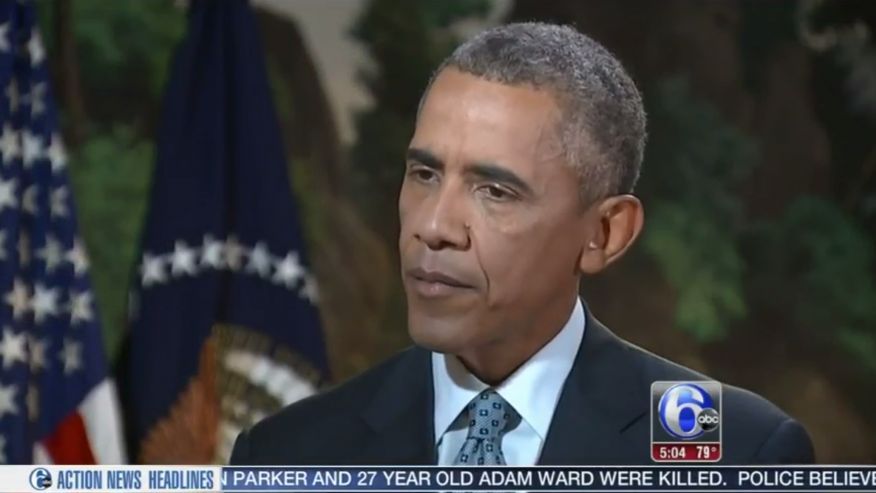 President Barack Obama reacted to the live, on-air shooting deaths of a reporter and cameraman during an interview with a local ABC affiliate in Philadelphia.

“It breaks my heart every time you read or hear about these kids of incidents,” Obama said before taking aim at guns in America. “What we know is that the number of people who die from gun-related incidents around this country dwarfs any deaths that happen through terrorism,” the president added.

The full interview, which includes comments from Obama on the Iran deal airs on Thursday.