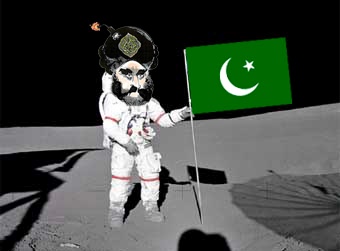 The Obama administration has been roundly mocked after State Department Spokeswoman Marie Harf said “we cannot kill our way out of this war,” and that the “medium to longer term” strategy for fighting ISIS is to get at its “root causes that leads people to join these groups,” one of which she said is a “lack of opportunity for jobs.”

This kind of thinking in regard to the Mulsim world has been promoted by President Obama and his administration since it first came into power. One of the more notorious of the administration’s outreach attempts was the failed NASA-Muslim outreach initiative.

In July of 2010, NASA chief Charles Bolden said in an interview with Al-Jazeera,

“When I became the NASA administrator, (President Obama) charged me with three things.  One, he wanted me to help re-inspire children to want to get into science and math; he wanted me to expand our international relationships; and third, and perhaps foremost, he wanted me to find a way to reach out to the Muslim world and engage much more with dominantly Muslim nations to help them feel good about their historic contribution to science, math and engineering.”

“NASA was chartered by the 1958 Space Act to develop the arts and sciences of flight in the atmosphere and in space and to go where those technologies will allow us to go,” Griffin said. “That’s what NASA does for the country. It is a perversion of NASA’s purpose to conduct activities in order to make the Muslim world feel good about its contributions to science and mathematics.”

Clearly the NASA initiative failed to make enough of the Muslim world “feed good” enough about themselves to stop the rise of extremism. Instead, what has become increasingly apparent is that the more Obama attempts to coddle radical Muslims the more brazen and violent they get.