Office Depot has refused to print copies of a pro-life prayer on the grounds that to do so violates company policy of printing material that “advocates the persecution of people who support abortion rights.” 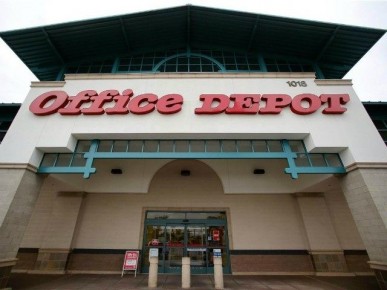 Maria Goldstein, 42, ordered 500 copies of “A Prayer for the Conversion of Planned Parenthood” at Office Depot in Schaumburg, Illinois, for distribution at her Roman Catholic parish’s Masses Sunday. The prayer was composed by national director of Priests for Life Father Frank Pavone, a Breitbart News contributor.

The handout, according to the Chicago Tribune, also included statistics about abortion in the United States and at Planned Parenthood, the nation’s largest abortion provider, which is currently under investigation by Congress after being exposed for its practices of harvesting the body parts of aborted babies and selling them on the open market.

The prayer also denounces “the evil that has been exposed in Planned Parenthood and in the entire abortion industry.”

Karen Denning of Office Depot defended her company’s refusal to make copies of the prayer, stating that company policy forbids “the copying of any type of material that advocates any form of racial or religious discrimination or the persecution of certain groups of people.”

“It also prohibits copying any type of copyrighted material,” she added. “The flier contained material that advocates the persecution of people who support abortion rights.”

“The intention of the prayer is to ask for conversion,” she said. “The conversion of the staff, employees, everybody who is part of this at Planned Parenthood. It means they will recognize life has dignity and that it is valuable and not a commodity to be bought and sold.”

Denning reportedly invited Goldstein to use the self-serve copy machines at the Office Depot store, but Goldstein said that would have been inconvenient to make 500 copies. She had the copies printed instead at a print shop in Des Plaines.

“I feel discriminated against,” she said.

In a press release sent to Breitbart News, Pavone responded to Office Depot’s refusal to print copies of his prayer by saying that it was time for pro-life advocates to fight back against an effort to restrict their freedom.

“Let me be clear: Priests for Life, and I personally, have a long record of promoting respect and dialogue with those who advocate abortion,” he said. “Just ask the Father of the Pro-Choice Movement, Bill Baird, with whom I have held joint press conferences over the years calling for respect in both word and deed across the lines of the abortion debate.”

“I am proud of Maria Goldstein for standing up for her rights, and I call upon Office Depot to reconsider this decision by evaluating more carefully the words of the prayer and the intent of its author,” he added.

Pavone also urged supporters of Priests for Life across the country to bring the prayer to Office Depot stores in their own communities to have it copied.

“Let’s see how many come to the same erroneous conclusion, or whether some measure of reason will prevail instead,” he said.

Meanwhile, Goldstein will be represented by the Chicago-based Thomas More Society, a public interest law firm, which has given Office Depot five business days to agree to print the flier. If the flier is not printed, the law firm will take the matter to the Cook County Human Rights Commission and the Illinois Department of Human Rights.

Thomas Olp, a lawyer for the firm, likened Goldstein’s situation to the type of discrimination that took place when businesses refused to serve African-Americans and Jews.

“We’re a country of diversity. We don’t want to allow people to pick and choose based on their bigotry or hostility,” Olp said. “You need to offer services to the public on a fair and equal basis. This is an example of religious expression. Therefore the law prohibits you from discriminating.”