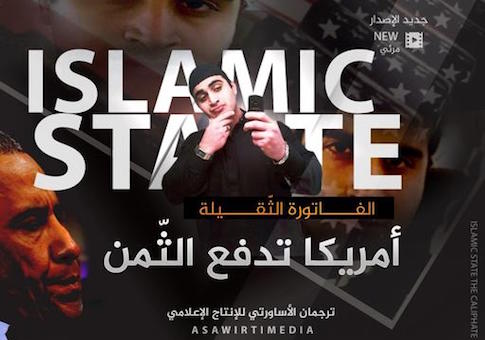 This poster, distributed by Islamic State, advertises a new propaganda video, shows Omar Mateen who killed 49 people at the Pulse nightclub in Orlando, Florida, with ‘Islamic State’ blazoned behind him.

Omar Mateen could not have been more clear or more emphatic about his motivation for killing 49 people and wounding 53 others at an Orlando gay nightclub.

During the attack, Mateen called 911 several times and to say he was doing it for ISIS. He called a local TV station saying he attacked the nightclub for the Islamic State. He posted Facebook messages saying that “real muslims will never accept the filthy ways of the west,” “now taste the Islamic state vengeance” and that “in the next few days you will see attacks from the Islamic state in the usa.”

Shortly after the attack occurred, the FBI admitted that it had twice investigated Mateen for possible links to Islamic terrorists…

Yet when Gallup surveyed the public about the attack, just 29% of Democrats said that it was an act of Islamic terrorism. Almost two-thirds considered it just another act of “domestic gun violence.”

Which party is it that is supposed to be out of touch with reality again? 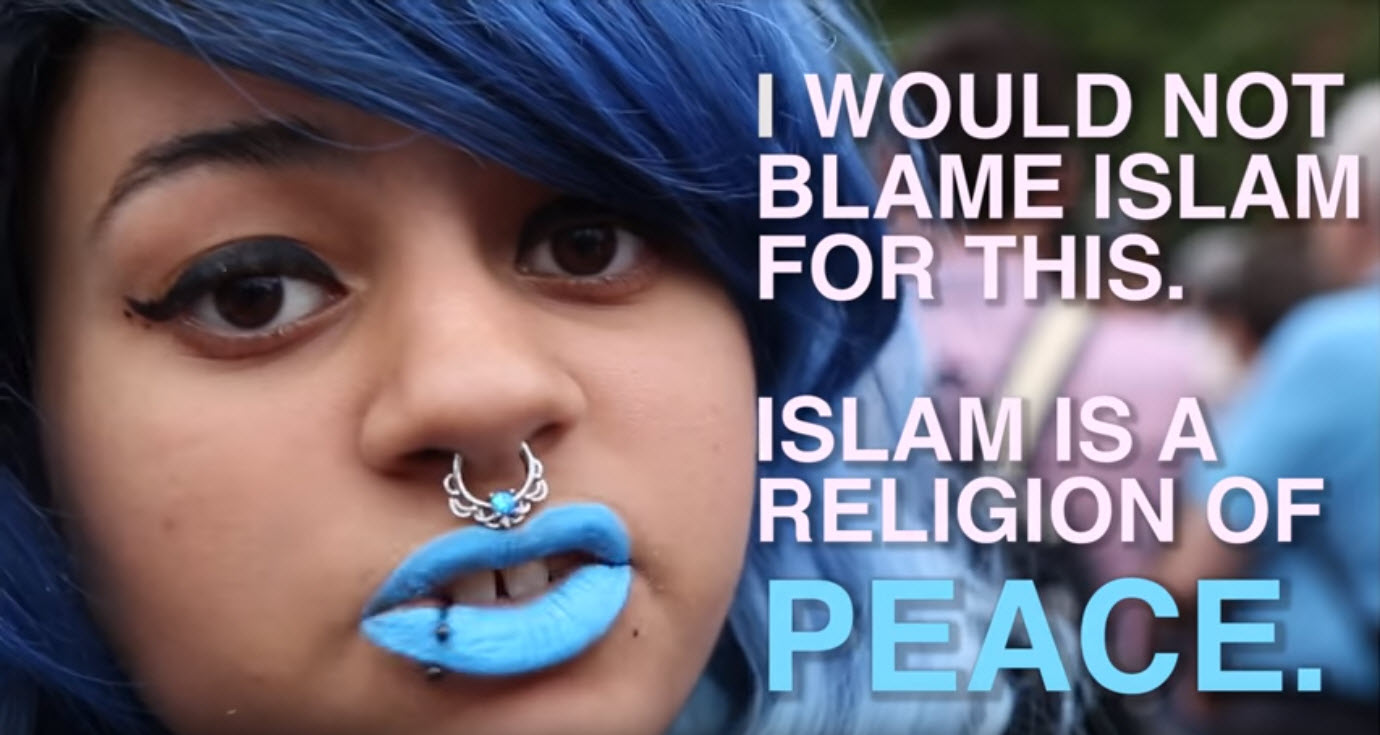 The refusal of Democrats (along with their patrons in the mainstream press) to admit what is so painfully obvious has a variety of causes. The party’s leadership — from President Obama on down — is desperate to use this as another excuse to shove gun control laws down the public’s throat. (Which makes us wonder what they’d be saying if Mateen had used a bomb instead of a gun.)

… But as we pointed out in this space earlier in the week, it is the left’s refusal to admit what is driving these attacks, here and abroad, that is putting us at greater risk.

This seems increasingly evident given that administration officials have missed warning signs that arguably could have prevented all the eight Islamic terror attacks on U.S. soil under Obama.

Putting American lives at increased risk to push an unpopular gun control agenda, or out of some sense of political correctness, isn’t just delusional, it borders on criminal negligence.