Panic sets in over prospect of losing another conservative SCOTUS justice 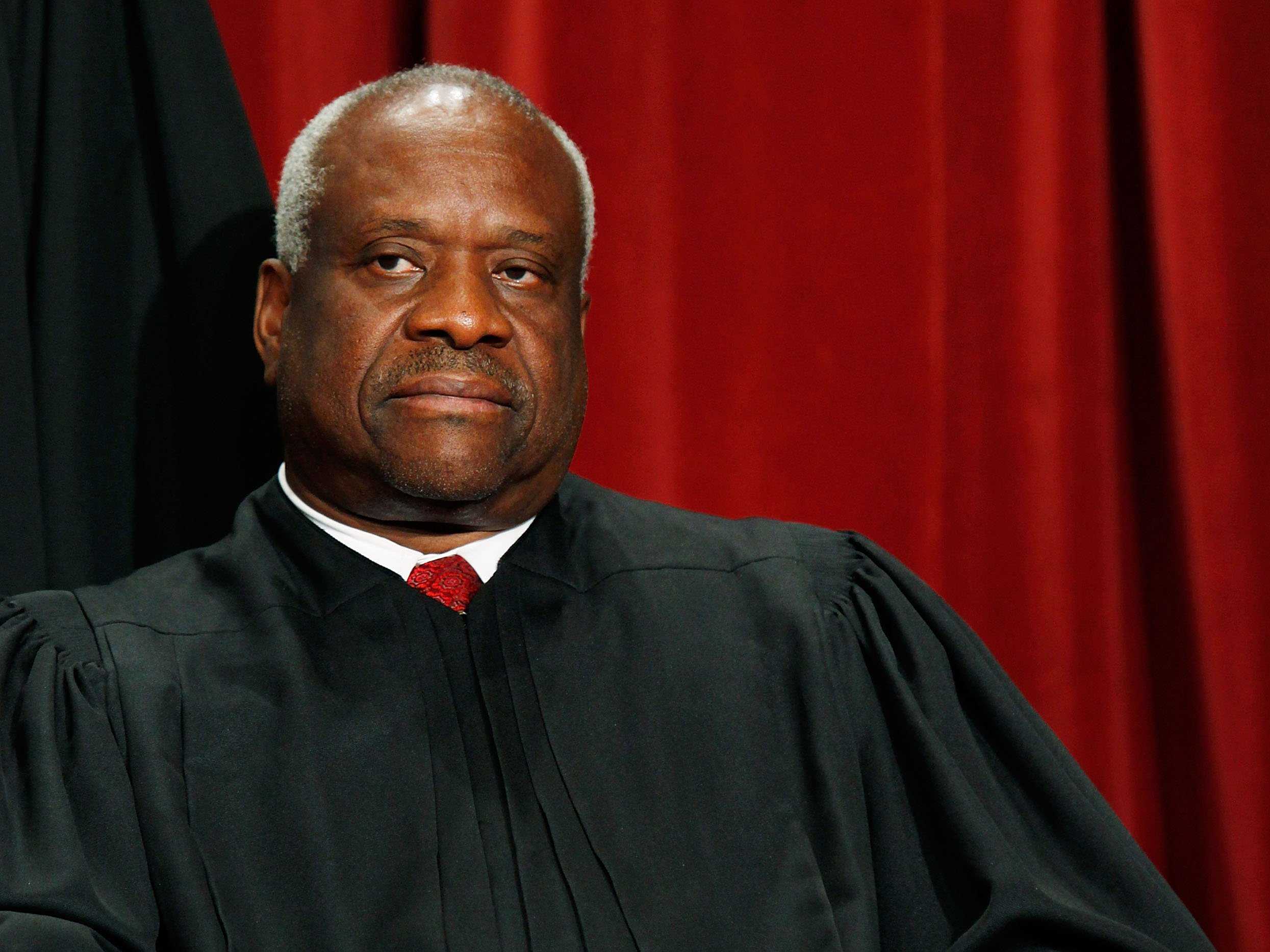 While not entirely unexpected, this is what we might refer to as a wake-up call. As reported by the Washington Examiner over the weekend, sources close to conservative Supreme Court Justice Clarence Thomas say that he’s looking at announcing his retirement after the elections this November.

Justice Clarence Thomas, a reliable conservative vote on the Supreme Court, is mulling retirement after the presidential election, according to court watchers.

Thomas, appointed by former President George H.W. Bush and approved by the Senate after a bitter confirmation, has been considering retirement for a while and never planned to stay until he died, they said. He likes to spend summers in his RV with his wife.

His retirement would have a substantial impact on control of the court. The next president is expected to immediately replace the seat opened by the death of conservative Justice Antonin Scalia, providing a one-vote edge in the court that is currently divided 4-4.

This has been one of the worst kept secrets in Washington for some time now. When the subject of vacancies on the Supreme Court arise, they generally focus on the oldest members who would be considered the most likely to run into health issues or simply feel that it’s time to step down and enjoy their golden years at home. The names at the top of that list are Ginsburg (83), Kennedy (79) and Breyer (who will be 78 in August). But friends and associates of Clarence Thomas have previously mentioned that he never intended to stick around until he was either in the grave or too old to enjoy some years of retirement with his family. At 67 years of age, he may simply be done with it all. In fact, it’s been suggested that if Mitt Romney had won the election in 2012 he might already be out traveling the country in his RV.

That brings a renewed focus on this year’s election for conservatives. There is every reason to believe that even a one term president being sworn in next January might replace five seats in a matter of two years or less when you include the already vacant seat previously held by Antonin Scalia. If Hillary Clinton replaces Ginsburg and Breyer with two more extreme liberals there isn’t much of a change. But if she also names the successors to Scalia, Thomas and the “swing vote” justice, Anthony Kennedy, assigning relatively youthful justices in the mold of Sotomayor and Kagan, you will be looking at an extremely liberal court which could run roughshod all the way to 2050 or beyond.

I realize that pretty much every presidential election which rolls around winds up being described as the most important election of our lifetimes and I’m one of the cynics who tends to scoff at such hyperbole. But in light of the basic chronological math we’re dealing with in terms of the Supreme Court Justices, it’s difficult to argue that the next term will have an impact which is likely to resonate well into the lifetimes of Americans who aren’t even born yet. Is there a better argument in favor of finding a way to defeat Hillary Clinton?

I understand that there is still tremendous angst in conservative circles over Donald Trump as the GOP nominee and some seem to wish to simply give up on the White House and focus on salvaging majorities in the House and Senate. Others are even discussing methods of still trying to somehow oust him at the convention. But whether that’s the eventual path which GOP leaders take or not, you’d better either come up with somebody who can consolidate the conservative and independent vote in an historically short period of time or figure out a way to unite all of the factions behind Trump once and for all. Conservatives are facing a moment of existential crisis and the time for the circular firing squad is running out.