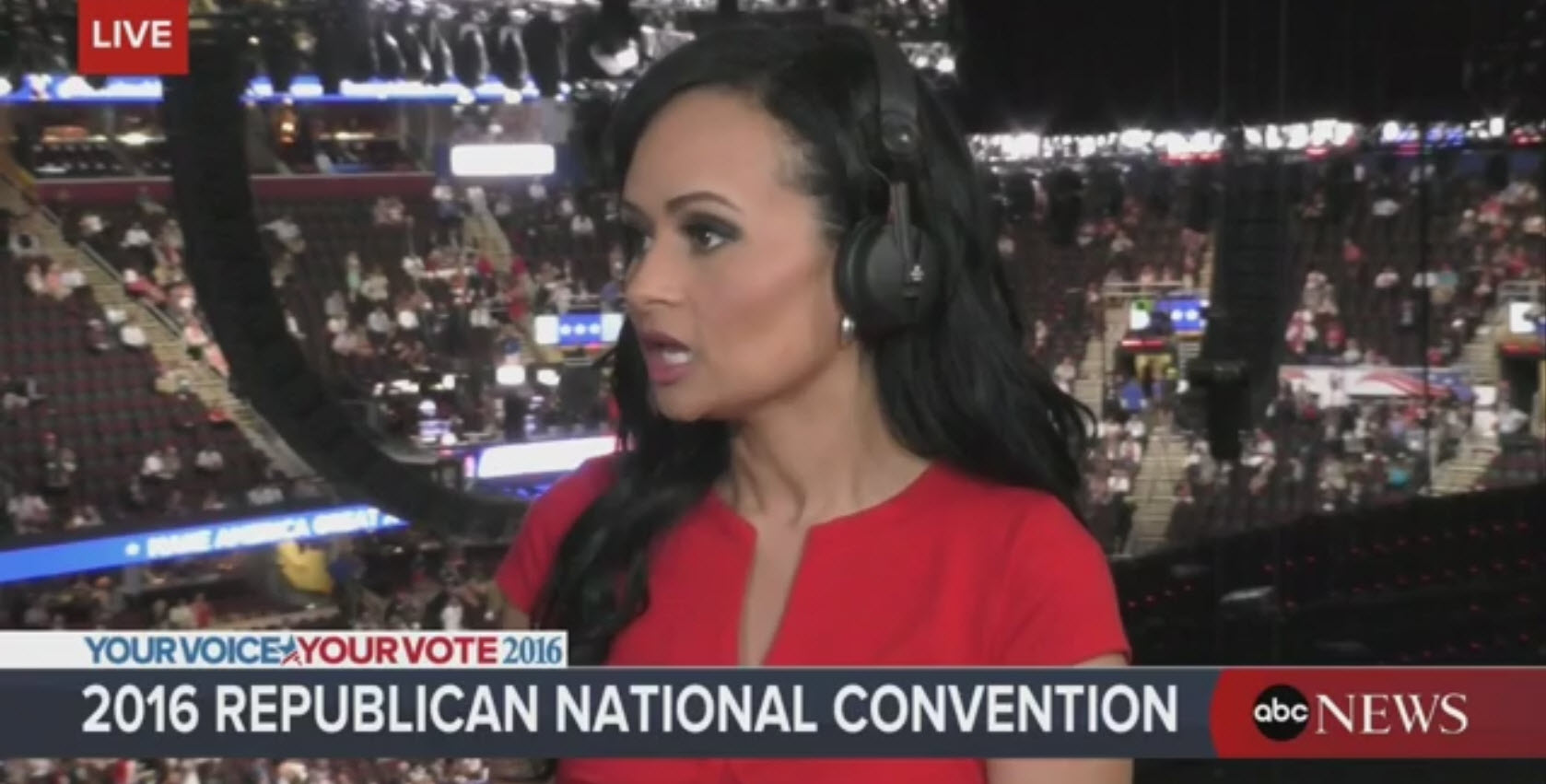 Professional scumbag and occasional shop-lifter Katrina Pierson made sure to earn her paycheck from the Trump campaign when she went on national television and spewed forth a ridiculous sewer of lies to justify the Donald’s despicable behavior.

If you missed it, she says that Ted Cruz’s surrogate called Melania a “whore” and posted naked pictures of her. All of that is a complete and utter lie, but because the media doesn’t have a damn clue about these matters, they let it slide.

Here’s when Jon Karl did the exact same thing as Trump LIED about it.

What she might be referring to is when a Cruz supporter – NOT a surrogate – said that it would be odd to have a First Lady who had posed nude. That’s all she said. The Trump campaign flipped out, as usual, when the truth was told.

She might also be referring to the time an anti-Trump group used pictures that Melania herself had put out in public where she posed nude, and put them into an ad in Utah. These were NOT Cruz “surrogates” as the lying scumbag Katrina said, and they had nothing to do with the Cruz campaign at all.

But that’s exactly why Trump surrounds himself with degenerates and creeps like Katrina – he knows he can trust them to brazenly lie to help his dim-witted base remain in ignorance.