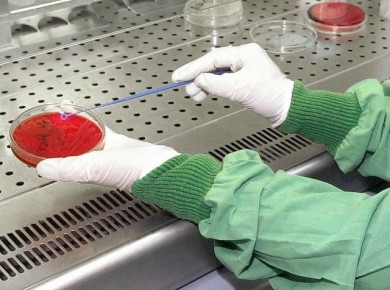 The Pentagon revealed Wednesday that “live anthrax” was shipped, apparently by accident, from a lab in Utah to as many as nine states over the course of a year.

Pentagon spokesman Col. Steve Warren assured “there is no known risk to the general public” and said an investigation is under way. But precautions are being taken for potentially exposed workers in labs where the samples were sent. A U.S. official told Fox News that four people in three companies are being treated for “post-exposure” and being prescribed prophylaxis.

All samples are in the process of being collected by the Centers for Disease Control and Prevention.

The material in question was prepared at Dugway Proving Ground, Utah, as part of what was described as a “routine” research process. It was then sent out to Defense Department and commercial labs in nine states between March 2014 and March 2015 — and the shipments were supposed to include only inactive, or dead, anthrax when they were transferred.

“These were supposed to be dead spores anthrax, called AG-1,” a defense official said.

But a private lab in Maryland, on May 22, informed the CDC that they thought the samples contained live anthrax. The CDC then informed the Defense Department. According to the Associated Press, the government has confirmed the Maryland lab got live spores, and it is suspected the others did as well, though not yet confirmed.

When asked how many of the states that were sent anthrax received live samples, the defense official said that “out of an abundance of caution, it is safe to assume it’s all live.”

Fox News also was told that one sample was sent to a South Korean base to be used in an anthrax detection exercise.

“The Department of Defense is collaborating with the Centers for Disease Control and Prevention in their investigation of the inadvertent transfer of samples containing live Bacillus anthracis, also known as anthrax, from a DoD lab in Dugway Utah, to labs in nine states,” Warren said in a statement.

“There is no known risk to the general public, and there are no suspected or confirmed cases of anthrax infection in potentially exposed lab workers,” he added. “The DoD lab was working as part of a DoD effort to develop a field-based test to identify biological threats in the environment.”

An Army research center, after hearing from the CDC, had notified the eight companies that received samples across the nine states. Each company has locked down the samples.

Warren said the DoD has also “stopped the shipment of this material from its labs pending completion of the investigation.”