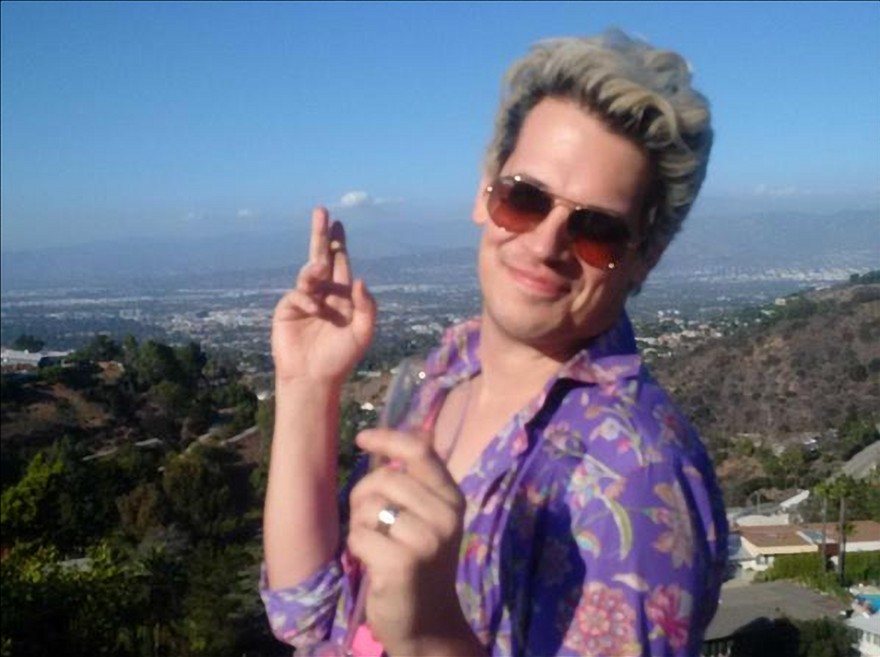 There is NOTHING conservative about homosexual or pedophile perverts. Breitbart, where Milo is a writer, thinks this news isn’t important and ignores it all together.

Milo Yiannopoulos will speak at CPAC (although he is not, as some have reported, the keynote speaker.)

Milo has posted a statement that claims that the controversy arises out of “selectively edited videos.” (He does acknowledge some “sloppy phrasing” too.)

I thought it might be a public service, then — if a somewhat distasteful one — to publish a lengthy transcript from a video that appears unedited to me. The following excerpt is about four minutes in length, and you can navigate in the video to watch the whole 2 3/4 hour video if you wish. Make up your own mind about whether Milo Yiannopoulos appears to advocate older men having sexual relationships with boys as young as 13.

And if it appears that he does, you must decide whether that is an opinion that you want representing you as a conservative. [Discussion is NSFW.]

PaulsEgo: The whole consent thing, for me, is, it’s not this black and white thing that people try and paint it. Are there some 13-year-olds out there capable of giving informed consent to have sex with an adult? Probably. But I was also a 13-year-old. I hung around with 13-year-old guys, you know, when I was 13, and there were some of them that still thought girls were f*cking icky at 13. Like not many, but like, they were just coming out of that phase. I don’t know that I was ready at 13 to get f*cked in the *ss by a 28-year-old black drag queen is what I’m saying. So, you can’t, the reason these age of consent laws exist is because we have to set some kind of a barometer here.

PaulsEgo: We’ve got to pick an age and go, okay, look, this is the age where we can reasonably be assured you’re an adult, you can give informed consent, you understand the risks of pregnancy, all that bullsh*t.

Yiannopoulos: Of course, of course, and I think the law is probably about right, that’s probably roughly the right age, I think it’s probably about okay, but there are certainly people who are capable of giving consent at a younger age, I certainly consider myself to be one of them. People who are sexually active younger. I think it particularly happens in the gay world, by the way. And in many cases, actually, those relationships with older men — this is one of the reasons I hate the left, this sort of stupid, one-size-fits-all policing of culture, this sort of, this arbitrary —

Yiannopoulos: This arbitrary — I’m just gonna — I’ll be quick. This arbitary and oppressive idea of consent which totally destroys, you know, the understanding that many of us have of the complexities and subtleties and complicated nature of many relationships. You know, people are messy and complex, and actually, in the homosexual world particularly, some of those relationships between younger boys and older men, those kind of coming-of-age relationships, the relationships in which those older men help those young boys to discover who they are, and give them security and safety and provide them with love and a reliable — a sort of a rock for when they can’t talk to their parents. Some of those relationships are some of the most —

Ben: It sounds like Catholic priest molestation to me.

Yiannopoulos: And you know what? I am grateful for Father Michael. I wouldn’t give nearly such good head if it wasn’t for him.

Unknown: What is wrong with you, Ben? Come on?

PaulsEgo: It’s funny because Ben gave me some homework on you, Milo, he gave a few videos to watch to brush up on my Miloisms, and one of the things you said in one of these clips was that transgenderism is the new, you know, frontier of, you know, rights, my wording is bad here, but, um, you know, it’s the new frontier of social progress and the next thing in line is gonna be pedophilia – and yet, here you are talking about how, look, you know, some of these kids that get diddled by these priests, I mean, it’s a good thing for them! They’re getting this love! Now they are also getting a d*ck —

Yiannopoulos: You’re misunderstanding what pedophilia means. Pedophilia is not a sexual attraction to someone 13 years old who is sexually mature.

PaulsEgo: OK, ephebophilia or whatever.

Yiannopoulos: That is not what we’re talking about.

Yiannopoulos: You don’t understand what pedophilia is if you think that I’m defending it, ’cause I’m certainly not.

Yiannopoulos: No it’s not. You said I was defending it, and you’re wrong.

Yiannopoulos: Yeah, I don’t mind saying, I don’t mind admitting that, and I think particularly in the gay world – and outside, the Catholic Church, if that’s where some of you want to go with this – I think in the gay world, some of the most important, enriching and incredibly, you know, life-affirming, important, shaping relationships very often between younger boys and older men, they can be hugely positive experiences for those young boys, they can even save those young boys from desolation, from suicide, from drug addiction, all those things, provided they’re consensual. Provided they’re consensual.

Manufactured controversy or genuinely disturbing and immoral nonsense? You be the judge.