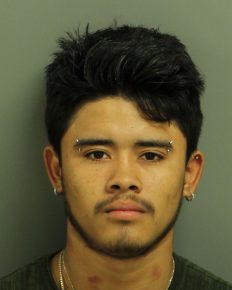 Federal immigration officials want to deport the Salvadoran 18-year-old charged with murdering a man whose body was found Sunday on a Raleigh greenway trail.

The Department of Homeland Security filed paperwork saying that records in a federal database and the subject’s own statements lead officials to believe that he either “lacks immigration status or notwithstanding such status is removable.”

Lara-Pineda, of the 3000 block of Brentwood Road, is accused of killing Fredys Odilo Del Cid Ramos, 28, who died of an apparent strangulation, according to a release sent by Raleigh police.

Cyclists found the body along the Capital Area Greenway near the Pines of Ashton Apartments.

The Homeland Security requests asks local authorities to hold Lara-Pineda for up to 48 hours after the judicial system has finished with him to allow immigration authorities to pick him up.