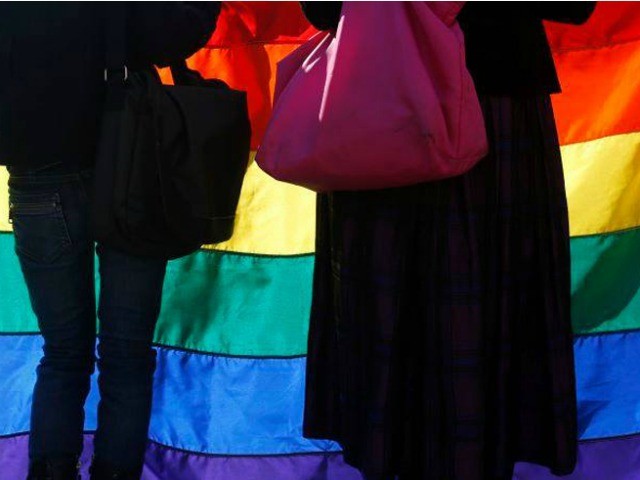 Kent Police are investigating the provenance of leaflets distributed throughout Margate calling on residents not to support the town’s gay pride event. “Margate will never be MarGAYte”, the leaflets proclaimed. However, officers from the same force led the parade, driving a police car through the streets while holding a large rainbow flag.

Yesterday’s gay pride event in the seaside resort town of Margate attracted hundreds of LGBT people who marched through the town waving banners and balloons. Thousands more turned up in support – including Kent Police.

If you’re at #kentpride in #Margate today, come and say hello to us! Have a great day everyone #kentpride2015 pic.twitter.com/5Hwzvf4XNa

But not everyone was pleased about the presence of the gay rights lobby: in the days leading up to it, leaflets were distributed to households across the town calling on people to “Say No!” and to “save yourself and your children from homosexuality.”

It ended with a flourish: “Margate stays proud and will never be MarGAYte.”

The event’s organiser, Tony Butcher said: “The comments are absurd. I am upset inside that this propaganda is being pushed, and concerned that some people will actually read it and believe it. “These extremist views are dangerous and inciting.”

Police have confirmed that they received a number of complaints about the leaflets and are investigating. The leaflets are likely to be deemed a hate crime as they have already been branded “homophobic” and “highly offensive” by gay organisations including Pink News.

But their suitability to investigate has been called into question, as officers from the force took part in the parade.

A photographer from Kent Online snapped a pic of the march being led by a police car belonging to the force, from which a large rainbow flag is being flown from the passenger side.

The caption underneath the photo reads: “Kent Police leading the parade.”

The pride event has been used by campaigners to promote gay rights among young people. Gay rights campaigner Peter Tatchell, who was amongst the marchers told ITV that despite the recent victory in legalising gay marriage, the gay rights lobby still had work to do:

“Kent Pride is a celebration of the fantastic contribution that lesbian, gay, bisexual and transgender people make to Kent. It’s also a claim for equality and human rights,” he said.

“We won same sex marriage – that’s great. But still today more than half of all young LGBT kids get bullied at school, and that’s really terrible.”

Sue Sanders, chairman of Schools Out, an organisation dedicated to increasing visibility and promoting equality for LGBT people was also amongst the crowd.

She said: “Our aim is to make the LGBT community safe and educate others to ‘usualise’ LGBT people and challenge homophobia, biphobia, transphobia and prejudice to other groups of people.”