And that’s only counting those that admit it!

The latest JMCC poll of Palestinian youth find yet again that a majority support stabbing Israelis:

In answer to the question “To what extent do you support or oppose the continuation of knife attacks against Israelis?” a majority, 58.2%, support while only 37.8% oppose. 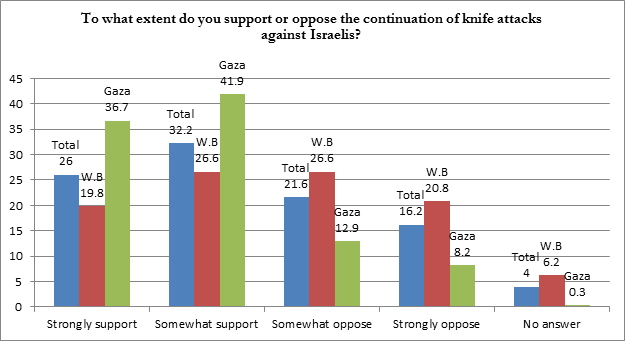 This was slightly higher than the 56.2% of the general Palestinian population that support knife attacks according to their March survey.

As usual, there is no soul-searching in Palestinian media about how they could be raising a generation of people who support cold-blooded murder. In fact, the media and PA government is what is creating this generation by constantly praising the murderers and would-be murderers.