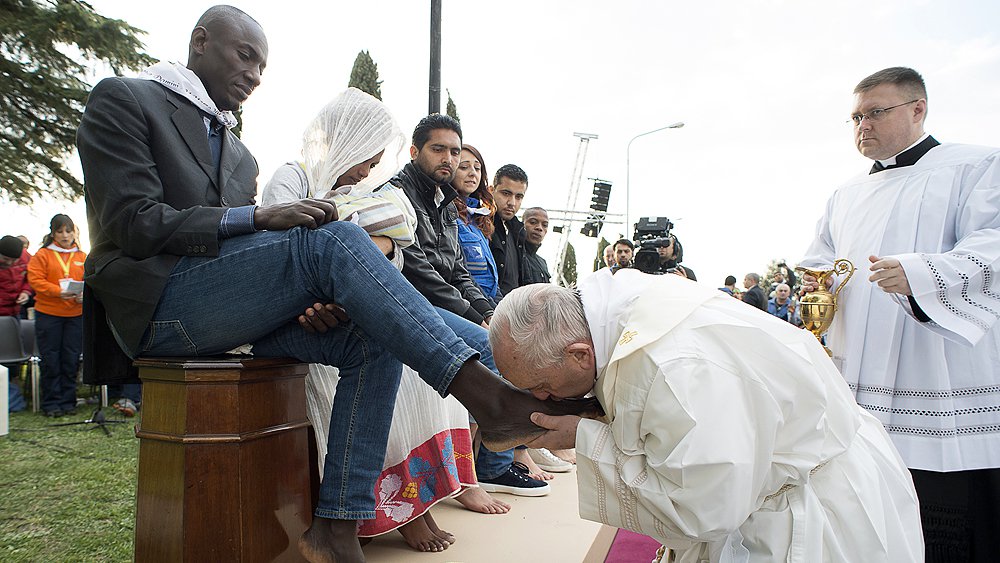 Pope Francis said in a new letter that he believes Muslim terrorism is not real, but climate change is.

As President Obama’s administration did, the pope blamed the lack of jobs for terrorism.

“No people is criminal or drug-trafficking or violent,” he said. “The poor and the poorer peoples are accused of violence yet, without equal opportunities, the different forms of aggression and conflict will find a fertile terrain for growth and will eventually explode.”

The pope insisted that violence and radicalization exists in all religions equally, despite evidence that religious terrorism in recent years has been an issue mostly in Islam.

“There are fundamentalist and violent individuals in all peoples and religions—and with intolerant generalizations they become stronger because they feed on hate and xenophobia,” he said.

Pope Francis believes climate change is a more genuine threat to humanity than terrorism is.

“A very solid scientific consensus indicates that we are presently witnessing a disturbing warming of the climatic system,” the pope wrote.

“Let us not fall into denial. Time is running out. Let us act. I ask you again—all of you, people of all backgrounds including native people, pastors, political leaders—to defend Creation,” he said.