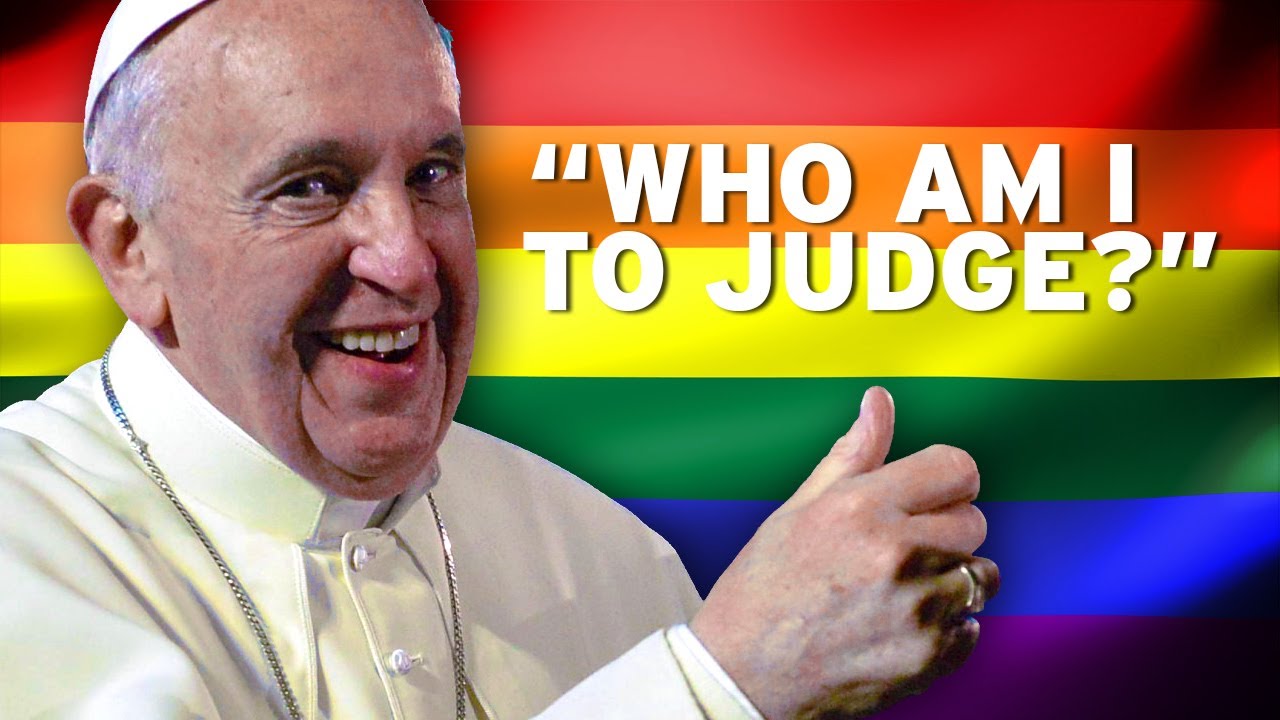 The Pope has thrown the Bible out the window and claims “who are we to judge?”

Francis spoke to reporters during an in-flight press conference, emphasizing apologies from Christians to the poor, exploited women, and child laborers. He pointed out that many great priests and holy people go unnoticed “because holiness is modest.”

He quoted the Catechism of the Catholic Church in his statements on homosexuality, saying:

…that they must not be discriminated against, that they must be respected and accompanied pastorally. One can condemn, but not for theological reasons, but for reasons of political behavior…Certain manifestations are a bit too offensive for others, no? … But these are things that have nothing to do with the problem. The problem is a person that has a condition, that has good will and who seeks God, who are we to judge?

Francis noted that there are “some cultures that have a different mentality” regarding treatment of people attracted to the same sex. While USA Today reported Francis’ comments as a “groundbreaking statement,” the Catholic Church’s leader did not contradict its teachings that homosexual acts are sinful (not the orientation itself) and broadened his apology to women, children, and families. He referenced his childhood in Buenos Aires, 80 years ago, when a divorced family was barred from entering a Catholic home because the religion’s teachings do not recognize divorce.

“The Church must ask forgiveness for not behaving many times – when I say the Church, I mean Christians!” Francis said. “The Church is holy, we are sinners!”