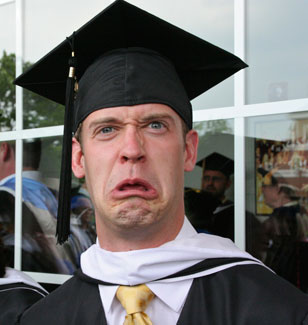 Portland State University bureaucrats are doing a great job demonstrating how overblown concerns about the emotional security of students can quickly lead to blanket censorship of constitutionally-protected political speech. Administrators told a conservative student that his political protest could “trigger” a negative reaction from others—as such, he was prevented from continuing with his plans.

Student Christian Britschgi had the idea to create a fake “murder-free zone” to criticize the logic behind self-described “gun-free zones.” Britschgi’s thinking is that a gun-free designation wouldn’t stop a criminal—someone intent on committing violence—from carrying a gun into such a place, just as the creation of a murder-free zone wouldn’t make anyone more or less safe from being murdered. Killers don’t obey signs.

Regardless of what one thinks about the idea, Britschgi has an ironclad right to advertise it to his campus. College is exactly the sort of place where people with different ideas about gun laws should be allowed to make an attempt to convince one another.

“Our advisor signed off on our proposal quickly at first but became skeptical after she saw the nature of the content,” Britschgi said.

Upon further review, Britschgi said, school officials determined the proposal could be “libelous,” “triggering” and cause people to attack them.

Our adviser called her supervisor out of a meeting he was in, and had us explain once more what we were tabling for. His response was even more negative, and his warnings even more extreme: Our “murder-free zone” posters were not only triggering, but “libelous” and dangerous.

With no degree of irony, the supervisor claimed our posters were so inflammatory that they could get us physically attacked by another student.  Apparently there exists a large number of pro-murder partisans at Portland State.

Administrators eventually succeeded in putting up enough hurdles to get the event postponed, at least temporarily. This is a serious blow to free speech on campus by way of a presumed heckler’s veto. Officials essentially told Britschgi that his constitutionally-protected speech was so inflammatory that it could put him in danger. For his own safety, he was muzzled.

Administrative deference to the protection of feelings and emotions creates a climate of censorship on campus, and here is the proof. When a college deems it necessary to prevent some students from expressing mildly controversial ideas because other students are emotionally incapable of handling them—and could even react violently!—it’s no longer college. It’s not even a nursery school. It’s an insane asylum.