Rafael Cruz on son Ted’s campaign: ‘It’s all coming together because people want a voice’ 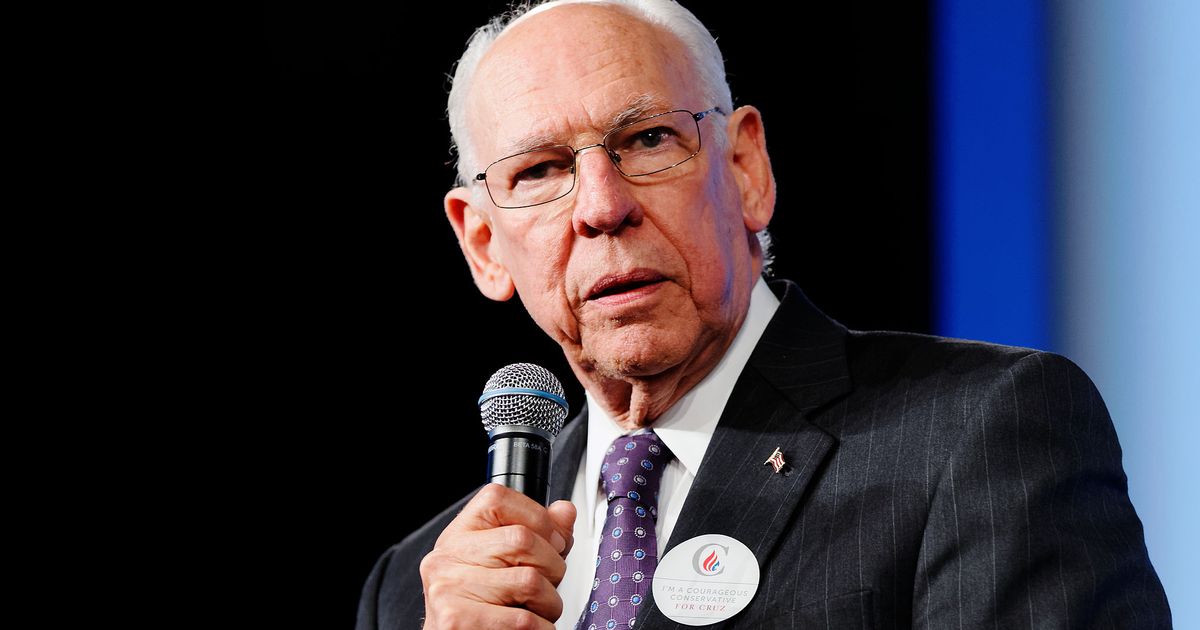 On the day last March when Sen. Ted Cruz, R-Texas, announced his candidacy for the 2016 Republican presidential nomination, a Princeton professor opined on CNN.com that the Texas senator’s “strategy of extremism” would make it very difficult for him to win the general election.

A piece published the same day at FiveThirtyEight.com argued Cruz was too extreme to win the GOP nomination.

But those moderates who have been nominated by the GOP in recent years all – have lost.

“Those who think that way [that conservatives are extreme], they don’t understand our history,” Rafael Cruz, the senator’s father, said recently on “The Line of Fire” with Dr. Michael Brown. “Look at our history over the last 40 years. Every time we’ve had a middle-of-the-road, mushy moderate who has been running against the Democrat, we have lost.”

The senior Cruz pointed out Ronald Reagan faced many of the same criticisms his son now faces – pundits said Reagan was too extreme to beat Jimmy Carter in the general election and was destined to get drubbed like Barry Goldwater in 1964.

But Reagan won two landslide elections, winning 44 states in 1980 and 49 states in 1984. Cruz said the reason was that Reagan painted with “no pale pastels, but bold colors,” as the Gipper famously put it.

Cruz, author of the new book “A Time for Action: Empowering the Faithful to Reclaim America,” believes his son can – and will – pull off the same feat Reagan accomplished.

He said Ted is reassembling the Reagan coalition in preparation for the stretch run of this campaign season.

“It’s all coming together because people want to have a voice,” Cruz declared. “People want a president who will be a president to every American. Not a divide-and-conqueror like you see with the Democratic Party.”

He said Ted will “restore America to the Judeo-Christian principles, to the constitutional principles that have made America the most unique country on the face of the Earth.”

Host Michael Brown, who is also a WND columnist and the author of “Outlasting the Gay Revolution,” noted Cruz’s reference to restoring America to “Judeo-Christian principles” and asked whether Ted would impose a theocracy if elected president.

Cruz replied: “We’re not talking about a theocracy. We’re talking about people who have been [in] the background of America. The moral fiber of America has been divorced from the political process.”

He explained a large proportion of evangelicals has not been voting lately, meaning a big slice of the electorate (about a quarter of Americans identify as evangelical Protestant) has been absent from the political process.

“All we are saying is we need everyone that has a desire to see America restored to become involved, because if you’re not involved, you don’t even have the right to complain,” Cruz admonished. “You have become part of the problem instead of part of the solution.”

Cruz said his son wishes to restore America to its foundations, which have been eroded by the destruction of the family, the decline in moral values and America’s “new religion” of secular humanism.

“We need to go back to those principles that we know work, which is why America has been the bastion of freedom throughout the world for 200 years,” Cruz declared. “We need to restore that foundation.”

Brown revealed to his audience that Rafael had asked him to consider endorsing Ted a few months ago. Brown responded there were two qualities he considered absolutely essential in a candidate.

“And secondly, they have to be willing to take on the establishment because no matter who the candidate is, I was convinced that no matter how good a candidate they were, if they wouldn’t take on the Republican and Democratic establishment, they will not be able to bring about change.”

During the interview, Brown asked the elder Cruz what effect a godly president could actually have on America. Cruz replied such a president would bring character, integrity and trust to the Oval Office.

“We’d better have someone we can trust,” Cruz said. “We have had too many politicians who lie all the time. And so nobody can trust someone who lies constantly. We need to have a man of trust, someone who you can believe that when they say something, they are going to do what they say.”

Cruz said if voters examine Ted’s record of following through on his promises, they will like what they see.

“We need to bring integrity back to the Oval Office, that we can again be respected across the world,” the elder Cruz declared. “We need for Americans to have the feeling that they are giving their children a better America than they inherited. … We need to have every American feel the hope that they can achieve their dreams, not feel that things are on a down spiral.

“We can reverse that if we have someone whose interest is to serve We the People instead of self-serving. I think that’s what you will get in a President Ted Cruz – someone who deeply cares for every American and who is a true servant of We the People.”