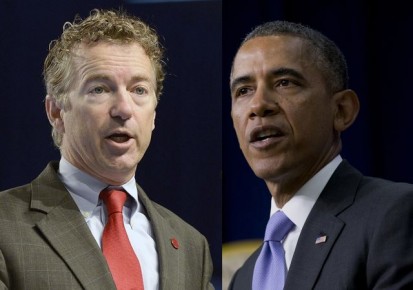 On Wednesday, news outlets reported that the U.S. would reestablish diplomatic ties with Cuba for the first time in decades. The move was hailed by many pundits who believe it will open up the repressed country to market reforms and social improvement. But some … warned that this was somehow a blow to our highly relevant tough-on-communism policy.

Paul admitted to The Hill that the Cuban embargo has failed and should be reformed:

Paul criticized the trade and travel embargo on Cuba as ineffective, separating himself from former Florida Gov. Jeb Bush and Sens. Marco Rubio (R-Fla.) and Ted Cruz (R-Texas), who have criticized Obama and backed the embargo.

All four men are considered likely contenders for the 2016 GOP presidential nomination.

“In the end, I think opening up Cuba is probably a good idea,” Paul told Tom Roten of WVHU radio in West Virginia, The Associated Press reports.

“The 50-year embargo just hasn’t worked,” Paul said. “If the goal is regime change, it sure doesn’t seem to be working, and probably it punishes the people more than the regime because the regime can blame the embargo for hardship.”

Rand is following in the footsteps of his father on this matter. Ron Paul was a major foe of the embargo and introduced legislation to abolish it while he was in Congress.