Report: Trump Blocked His Campaign From Researching Him 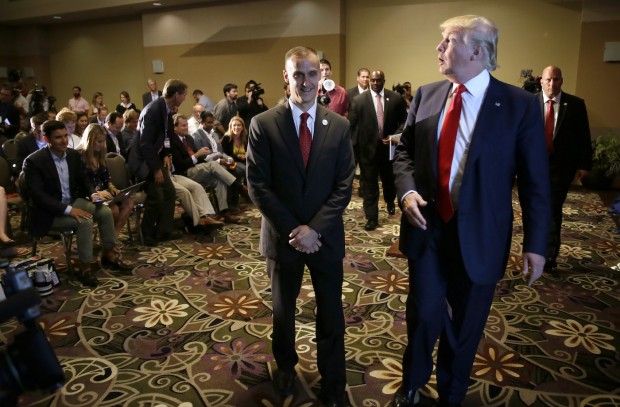 denied requests from his own presidential campaign to research his past, according to a new report.

Trump’s reluctance contributed to his team being largely unprepared for the fallout over his past treatment of women, Bloomberg Politics reported Thursday.

Corey Lewandowski argued the move, which is traditional for public figures seeking office, would help Trump’s team prepare for attacks on the Republican billionaire.

Trump denied Lewandowski a full vetting, however, before ultimately launching his White House run in June 2015.

Lewandowski was allowed to research Trump’s position on the Iraq War, according to people familiar with the campaign’s early days. Trump’s campaign also prepared for the businessman’s past donations to Democrats.

A source told Bloomberg that the Republican National Committee (RNC) did opposition on Trump and the other primary candidates, but didn’t turn up anything damaging.

But a 2005 tape emerged last week in which Trump speaks about his failed sexual advances on a married woman and about how his celebrity allows him to grope women. The revelations have rocked his campaign over the past week.

Multiple women have since come forward to accuse the GOP presidential nominee of kissing or groping them without permission.

Trump on Thursday lashed out at his accusers, arguing their accounts are “preposterous, ludicrous and defy logic.”

“I don’t know what’s out there,” she said on Fox News. “There’s no way to know what is and isn’t out there.”