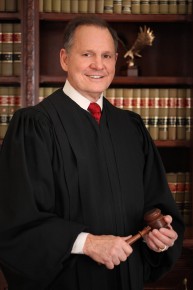 As a result of the dismal job approval numbers of Donald Trump and the GOP-controlled Congress, the special election season of 2017 is proving to be a reliable indicator of the difficulties facing the GOP establishment heading into 2018. Still, that hasn’t kept Trump and his swamp-dwelling buddies from targeting “disloyal to Trump” conservatives in the special elections.

Even after “closer than they should have been” special elections in Kansas and Georgia, Trump and McConnell continued to target conservatives. During the first round of the GOP primary in Alabama last month, Trump and Company spent enormous amounts of money and political capital to defeat Representative Mo Brooks as they endorsed ethically challenged Luther Strange.

Senator Luther Strange has done a great job representing the people of the Great State of Alabama. He has my complete and total endorsement!

In an article I wrote during the August special election, I expressed my belief that Trump’s record-breaking disapproval numbers might actually help a third candidate win the election, former Chief Justice of the Alabama Supreme Court Roy Moore. As it turns out, I was correct. Moore beat Brooks and Strange, earning the right to face Strange in yesterday’s runoff election.

As Trump’s unpopularity continued to grow, he fueled his slide by openly criticizing Jeff Sessions, the man who held the Alabama Senate seat until accepting the job of US Attorney General. As the days wore on, these frequent attacks on the popular Sessions continued to benefit Judge Moore.

Still, Trump and McConnell doubled down in support of Strange. McConnell’s leadership PAC pumped nearly 10 million dollars in attack ads against Moore, and Trump held a rally for Strange that ended up being a “strange rally” as Trump expressed his regrets for supporting the “loyal & helpful” Strange.

Looking forward to Friday night in the Great State of Alabama. I am supporting “Big” Luther Strange because he was so loyal & helpful to me!

Which brings us to yesterday’s runoff election. While Steve Bannon, Mike Huckabee, and other members of conservative media will try to make the claim that Moore’s win is a victory for Trump, the truth of the matter is that The Donald and the GOP establishment failed because they didn’t defeat Moore. In fact, after yesterday’s vote totals, my suspicions were correct—Judge Roy Moore was victorious due to the high negatives of the GOP establishment.

CONSERVATIVE VICTORY HAS COME TO #ALSEN!

Because of you, tonight, the establishment has been DEFEATED in Alabama!

And now, as we approach the next election on to December 12th, the battle continues. With Roy Moore already on record in opposition to McConnell as Senate Majority Leader, and McConnell’s open disdain for conservatives, it wouldn’t be surprising to see the Kentucky Senator continue to oppose Moore—even if that means a Democrat wins—in order to blame conservatives for his failures.