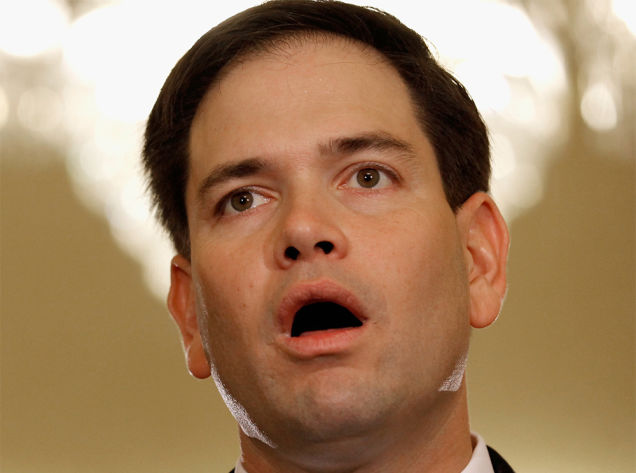 Marco Rubio’s presidential campaign in New Hampshire collapsed because voters “made a judgment he’s not ready to be president of the United States,” Republican strategist Steve Schmidt said Wednesday, and he believes the Florida senator’s chances are slim unless he pulls off a miracle.

“A fifth place finish in New Hampshire means effectively he’s bleeding out,” Schmidt, a political analyst for MSNBC, told the network’s “Morning Joe” program. “That campaign is effectively over unless he can pull off a miracle and win the Nevada caucuses. He doesn’t have a path in South Carolina.”

Rubio entered the New Hampshire race after a third-place finish in Iowa, and then the week opened up with former Sen. Rick Santorum coming on the program and being unable to answer questions about the junior Florida senator’s achievements, Schmidt said.

Then, rival GOP presidential candidate Chris Christie started attacking Rubio by accusing him of being a scripted candidate who is not ready to be president, Schmidt said, and Rubio “froze in the spotlight” in Saturday night’s debate.

“So Marco Rubio on Friday was poised not just to come in second in New Hampshire, his numbers in everybody’s tracking polls were increasing at a rate that he was poised to win the New Hampshire primary, his campaign collapsed,” said Schmidt.

“[Texas Sen.] Ted Cruz is the ideological conservative so that establishment lane is crowded,” said Schmidt, and Rubio can no longer say he is the most effective general election candidate.

Washington Post columnist Dana Milbank, in an op-ed piece on Tuesday, agreed that Rubio, in a few minutes during the Saturday night debate, “undid everything he had worked for during the past year — really, the past five years. His singularly disastrous debate performance, in which he repeated irrelevant, canned phrases, caused would-be supporters to flee for Ohio Gov. John Kasich and other more stable candidates.”

But with most of the focus going to front-runner Donald Trump, Milbank said, Rubio never got enough scrutiny, and when he hit the spotlight after his third-place finish in Iowa, “voters found an empty suit. Watching him campaign last week, I wrote: ‘Rubio’s strong Iowa finish has brought new attention — and overcapacity crowds — in New Hampshire. But the would-be supporters are greeted by a robot.'”

Rubio’s debate performance wasn’t a surprise, though, said Milbank, pointing out that Buzzfeed’s McKay Coppins wrote in a 2015 book, “The Wilderness,” said Rubio has “incurable anxiousness — and an occasional propensity to panic in moments of crisis, both real and imagined.”