Russia’s Putin Calls for Removal of Sanctions on Iran 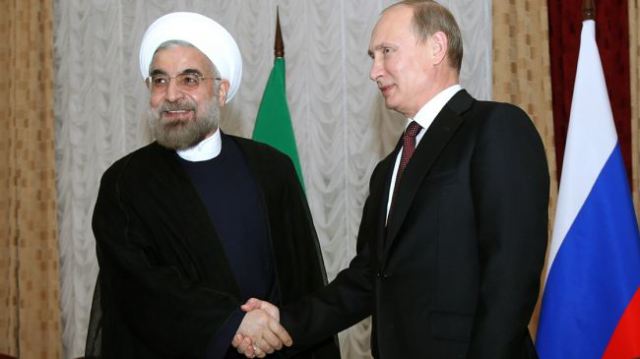 Russian President Vladimir Putin says the sanctions on Iran should be lifted as soon as possible after a “deal” is reached with the West.

Russian President Vladimir Putin on Friday called for the sanctions on Iran to be lifted as soon as possible after a deal is reached on Tehran’s nuclear program, Reuters reported.

Iran and six major powers, including Russia, are discussing a deal that would curb Tehran’s nuclear program in exchange for relief from sanctions. Putin’s comments came soon after the talks, which have already been extended several times and were to end Friday, were extended yet again – this time through the weekend.

Speaking at a news conference in the Russian city of Ufa, the president that there was a question over which sanctions should be lifted and when, but went on to say they should be ended as soon as possible.

“We are calling for the comprehensive lifting of them as soon as possible,” Putin said, according to Reuters.

Iran has also been restricted from selling oil as part of the sanctions. Putin said Iran would probably increase its oil production once the curbs are lifted.

“It is possible, the global economy would adjust to it, I mean that consumption would grow… we are ready for it,” he said.

Major disagreements in the talks have included Iran’s refusal to allow inspections on sensitive nuclear sites, its refusal to disclose the military aspects of its nuclear program, and in a newly added demand, Iran has called to end the UN arms embargo on the Islamic regime.

The European Union has extended a suspension of sanctions on Iran until July 13 to allow the talks. Putin said he hoped the six major world powers negotiating with Iran will reach a deal soon, according to Reuters.