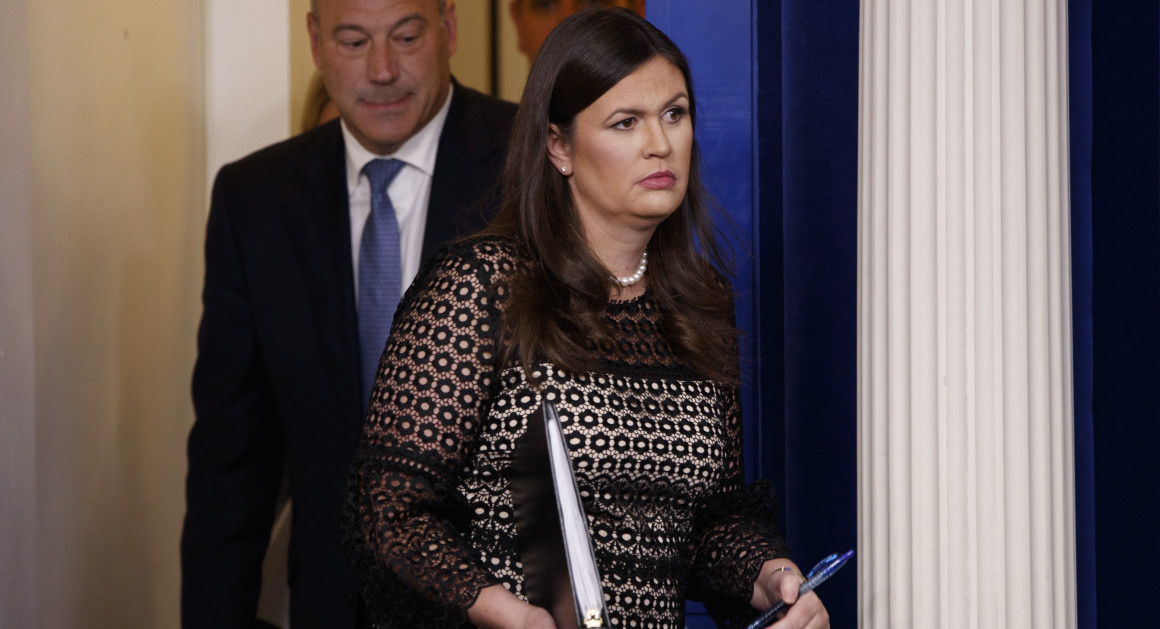 Press secretary Sarah Huckabee Sanders said Thursday that the White House does not agree with comments by Roy Moore, the Republican Senate candidate in Alabama, that many found offensive, including that homosexual conduct should be made illegal and that Muslims should not be allowed to serve in Congress.

“I would certainly say we don’t agree with those comments,” Sanders said of Moore’s past remarks. “But in terms of whether or not I’m going to get in to the back and forth over another candidate, we’re here to focus on the president and the president’s agenda, and those are the questions and the people that I can answer for.”

Moore’s remarks, which also include a suggestion that a mass shooting inside an elementary school in Newtown, Connecticut, occurred “because we’ve forgotten the law of God,” have come under increased scrutiny since his victory Tuesday in a special Republican primary election. President Donald Trump, who had endorsed Moore’s opponent, has since warmed to the former Alabama Supreme Court chief justice, who was twice thrown off the bench, once for refusing to remove a monument to the Ten Commandments from an Alabama judicial building and later for refusing to follow the U.S. Supreme Court ruling recognizing same-sex marriage.

Sanders sought to steer her Thursday news briefing away from Moore’s comments, refusing to comment on them directly or to say whether any of them would disqualify the Senate candidate from earning Trump’s endorsement. “I’m not going to get in to back and forth on political endorsements from the podium,” she said. “So I’m not going to weigh in on a specific race ahead of time at this point.”

Asked whether Trump shares any of Moore’s controversial views, Sanders said “not that I’m aware of” but added that she had not done a “deep dive” with the president on the GOP candidate’s positions.

“I certainly know where the president stands on those issues and wouldn’t see any parallel between the two of them on that front,” the White House spokeswoman said.