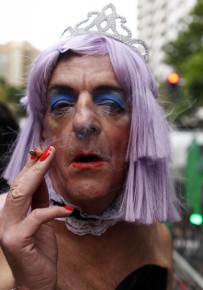 KITTERY, Maine – Officials at Mitchell Primary School are apologizing after a book about a transgender child was read to most of the school’s K-3 students.

“We have a practice of if a topic is considered sensitive, parents should be informed,” superintendent Allyn Hutton told SeaCoastOnline.com.

“In this situation, that didn’t happen. The whole culture at Mitchell School is about teaching tolerance and respect. The people presenting the lesson thought (the book) was one more piece of teaching that lesson.

“In retrospect, we understand that toleration is tolerating people of all opinions,” Hutton said.

Criticism flooded the district after Fox News host Sean Hannity posted about the lesson on his website, prompted by a Mitchell school mother who was angry she wasn’t given advanced warning that teachers were reading students the book “I am Jazz” by Jessica Herthel and Jazz Jennings, the news site reports.

The book details the struggles of a child “with a boy’s body and a girl’s brain,” who eventually finds a doctor that tells the family the boy is a transgender.

From the book’s description on Amazon.com:

“From the time she was two years old, Jazz knew that she had a girl’s brain in a boy’s body. She loved pink and dressing up as a mermaid and didn’t feel like herself in boys’ clothing. This confused her family, until they took her to a doctor who said that Jazz was transgender and that she was born that way. Jazz’s story is based on her real-life experience and she tells it in a simple, clear way that will be appreciated by picture book readers, their parents, and teachers.”

The mother wrote in to Hannity.com to express her frustration that she wasn’t given a heads up about the lesson, which was read out loud to students in 20 of Mitchell’s 22 classes.

“I feel like my thoughts, feelings and beliefs were completely ignored….My right as a parent to allow or not allow this discussion with my child was taken from me,” the mother wrote. “It is very upsetting to me that I didn’t have an option at all.”

The mother said she tried to approach school officials about her concerns but was given the cold shoulder.

“When I spoke with the principal he was very cold about it,” she said. “It’s amazing how thoughtless the school has been with this whole thing.”

Hannity contacted Hutton with specific questions about the lesson and received “an anemic response.”

“I have spoken with the principal at Mitchell School who has been working with their guidance counselor to appropriately manage this situation and provide the appropriate information for the children at this age level,” Hutton said.

“All information has been posted on the school’s guidance blog for parent review.”

“When our students and their parents have questions related to LGBTQ issues, our goal is to foster healthy dialog (sic), critical thinking and inclusiveness. With that in mind, our conversations include all students and perspectives to create a safe and supportive school climate,” the blog reads.

The critical LGBTQ thinking, however, seems to have confused at least one student. The mother who wrote in to Hannity said her son’s now confused about whether he’s transgender.

The boy asked his mother if he’s transgender, or if he could be “a girl in love with a girl.”

“The mother says that up until time the topic was brought up in school, her son had never said anything like that before,” according to Hannity.com.

“I was taken aback by it,” the mother said. “Being seven, once you put something in their mind they don’t forget so easily.”