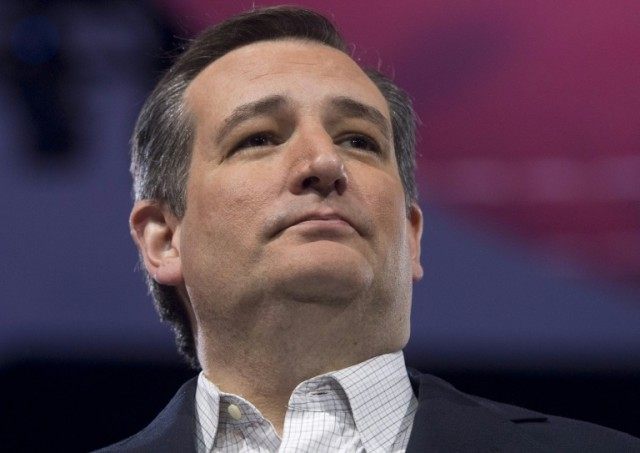 Wisconsin Gov. Scott Walker endorsed Ted Cruz  in the Republican presidential race on Tuesday, a week before the state’s primary.

Walker made his endorsement on Twitter and on Charlie Sykes’ radio show on WTMJ in Milwaukee.

And, the Wisconsin governor issued this statement:

“After eight years of the failed Obama-Clinton Administration, Americans are looking for real leadership and a new direction. Ted Cruz is a principled constitutional conservative who understands that power belongs to the states — and to the people — and not bureaucrats in Washington,” Walker said in the statement.

“Just like we did in Wisconsin, Ted Cruz is not afraid to challenge the status quo and to stand up against the big government special interests. He is the best-positioned candidate to both win the Republican nomination and defeat Hillary Clinton. That’s why I endorse Ted Cruz for President of the United States.”

“I know as a governor and like other governors across the country we need a leader in Washington who understands that the founders intended for the power really to be in the states and most importantly in the hands of the people and not concentrated in Washington,” Walker said. “Ted Cruz not only believes that but has shown he’s willing to act on that.”

“That’s something that Ted Cruz has not only talked about in this campaign, but has shown he is not afraid to take on those interest and that’s exactly what we need as president as well,” Walker said.

“If you look at the facts and look at the numbers, Ted Cruz is the best positioned to both win the nomination of the Republican Party and to go on to defeat Hillary Clinton this fall.”

He underscored his reasons for backing Cruz in a series of Twitter posts:

After the failed Obama-Clinton Admin, Americans want leadership. I endorse @TedCruz, a principled constitutional conservative who can win.

Like we did in WI, @TedCruz isn’t afraid to stand up to big govt special interests. He understands that power belongs to states, not Wash DC

.@TedCruz is the best-positioned candidate to both win the Republican nomination and defeat Hillary Clinton. I’m proud to stand with him.

Cruz also took to Twitter to thank his one-time rival.

I’m honored to earn the endorsement of Gov. @ScottWalker​:https://t.co/zdTm46s0Ad

GOP front-runner Donald Trump said on Twitter Monday night that he was not expecting Walker’s support.

After the way I beat Gov. Scott Walker (and Jeb, Rand, Marco and all others) in the Presidential Primaries, no way he would ever endorse me!

Walker, whose short-lived run for president ended in September, had previously said he would back whatever candidate is chosen as the GOP nominee, but has been sending signals he intends to back Cruz.

Walker said last week that Cruz was the only candidate who had a chance at beating front-runner Donald Trump. When Walker ended his presidential bid, he called on others to join him so it would be easier to take on Trump.

“I am a big, big fan of Scott Walker’s,” Cruz told reporters before a campaign stop in central Wisconsin. “He is a terrific governor and strong conservative … Of course, I would welcome Scott Walker’s support.”

Cruz pointed to Walker’s career-defining push against public-sector unions in 2011, a fight that Walker won and that led to an effort to recall him from office. Walker won that election in 2012, making him the first governor to defeat such an effort, raising his national profile in advance of his failed presidential run.

Cruz said Walker’s fight with the unions showed that special interests could be defeated.

“It inspired people all over the country, it inspired millions, it inspired me,” Cruz said. “It is that spirit, that fight, that’s at the heart of what our campaign is all about.”

When he was running for president, Walker argued that the next president should be a governor with executive experience. But Ohio Gov. John Kasich, while campaigning last week in Wisconsin, said he had no idea whom Walker was going to back.