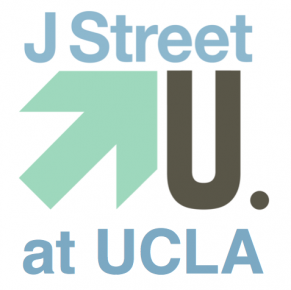 After Israel’s victory in the Six Day War, the Israeli satirist Ephraim Kishon summed up the absurdity with the book “So Sorry We Won.” Israel’s greatest defeat was its victory. Thousands of years of persecution had taught Jews what to do when they lost. It had not taught what to do when they won.

Instead they had learned to feel guilty when they won as if there was something wrong with winning.

Last February, a divestment resolution went before the UCLA student government. Despite intense pressure, harassment and hate, Jewish students pushed back against it. And the resolution failed 7-5.

In November, a divestment vote came up again and UCLA Jewish student groups chose to sit it out.

Instead of opposing the resolution, they would work on an approach “markedly from that of last year’s pro-Israel community, which passionately and publicly opposed divestment actions in a climate of toxic relations between pro-Israel and pro-Palestinian students.”

The new method, as described by the president of the UCLA branch of J-Street U, the anti-Israel group that now appears to coordinate the Jewish response at UCLA, was “to present an approach that’s creating positive things for both people that are involved in the conflict and not alienating anybody.”

So sorry we won.

Opponents of Israel comprised “nearly 100 percent of the audience” this time around and the divestment resolution passed 8-2.

Now some of the same groups behind that disastrous approach, including Hillel at UCLA, Bruins for Israel and J Street U, have decided to condemn posters accusing the UCLA’s SJP, an organization with a history of inviting anti-Semitic and pro-Hamas speakers to campus, of supporting Hamas and hating Jews.

Not only did the groups condemn the posters, which called SJP at UCLA out as #JewHaters, but they even dispatched volunteers to take down the posters. Their own statement conceded that while they themselves had in the past “condemned speakers sponsored by SJP for their anti-Semitic rhetoric”, describing SJP as #JewHaters” was “offensive language” that had “no place on a university campus”.

Hillel, Bruins for Israel and J Street U were arguing that while UCLA’s SJP might invite Jew-haters to speak, actually calling the organization #JewHaters was too offensive to be tolerated.

UCLA’s SJP however had other standards. These standards included inviting Amir Abdel Malik, who had called for an anti-Semitic backlash, Hatem Bazian, who had called for the mass murder of Jews, and Allison Weir, who had claimed that Jews drank blood. It was not worried about “offensive language”. It was certainly not hurriedly dispatching volunteers to take down its own posters.

These posters had included one of Leila Khaled, a terrorist, depicted holding a Kalashnikov rifle.

Khaled had participated in the Dawson’s Field hijackings targeting four planes bound for New York. The hijackers had asked passengers if they were Jewish. Those passengers who were Jewish or who seemed Jewish, were segregated and held as hostages. Their demands included the release of Khaled, who had failed in her mission to hijack an Israeli plane and had been turned over to UK police. The UK eventually gave in to the demands of the terrorists and released her.

On September 11, during these events, the President of the United States created the sky marshal program. Unfortunately that did not prevent 9/11, which was modeled on the Khaled hijackings.

Since then Leila Khaled has a career promoting BDS.

There were no SJP volunteers to take down the poster of a racist terrorist brandishing an assault rifle who took part in an attack specifically targeting Jews. The Israeli Apartheid Week display at UCLA even included claims that Hamas were freedom fighters.

When the David Horowitz Freedom Center called out the ten campuses with the worst problems of anti-Semitism through its new “Jew Hatred on Campus” campaign, liberal groups such as the ADL and Hillel rushed to disavow the idea that there was an anti-Semitism problem on campus. Tina Malka, associate regional director of the Anti-Defamation League in San Diego, even defended anti-Israel activities on campus as part of “freedom of expression and the exchange of civil ideas.”

Leftist Jews who have abandoned G-d and His commandments still feel the itching of an aimless guilt that they scratch with a self-hating inferiority complex. They think that the solution to being hated is to throw every game and to let the other guy win. Their damaged moral code tells them that bad people win and good people lose. Winning makes them feel as if they did something wrong.

They are suckers for every cause, but their own. They can only find fulfillment in the causes of others. Other people’s causes are untainted by reflexive guilt no matter how evil they may be. SJP’s chapters have no shortage of Jewish members who feel that the cause of destroying their own people is cleaner than their own cause. And even many liberal Jews who do not try to escape their sense of guilt through such extremes of national self-hatred lack any deep and passionate conviction in a Jewish cause.

They emphasize the positive. They would rather play defense than go on the offense. Their ideal outcome is for everyone to sit together and work out their differences. And that’s why they lose.

UCLA’s Jewish groups handed their SJP enemies two victories. They avoided standing up to their latest divestment resolution and they denounced posters that told the simple truth about SJP’s history of terrorist support and anti-Semitism as if they were hate speech. They took a group that had persistently harassed their own Jewish student members and turned them into the victims of Jewish oppression.

They implicitly endorsed SJP UCLA’s claims that calling them out for anti-Semitism was racist and that delegitimizing their delegitimization of Israel was wrong.

So sorry we won.

“We feel sorry for such Jews and we pity them, but we bear them no grudge.  If they wish to cease being Jews, that is their business.  But they do not speak in our name, just as it was not Petain who spoke in the name of the French people during its great sorrow, but rather Charles de Gaulle, though he stood practically rejected and alone.”

Jews who unapologetically advocate for their people stand rejected and alone. They form a resistance of the spirit to the appeasers and compromisers who rush to hug the enemy. They speak in the proud name of the Jewish people even when its forums are clotted with Petains who sell out their own people.

The Petains, Jewish and non-Jewish, are always apologetic for the last victory. They understand the side of the enemy so well that its grudges and hatreds seem more real and more right than their own. They are not fighting to win. They are waiting for the enemy to give them an opportunity to surrender.

The Petains are always tired of fighting. The only ones they really want to fight are the Jews who aren’t tired of winning and of surviving. These are the Jews who embarrass them with their own insecurities, whose courage triggers their second-hand guilt even as it humiliates them for their cowardice.

Instead of fighting the enemy, Olmert ethnically cleansed thousands of Jews in a disengagement from Gaza that turned it over to Hamas.

The Jewish groups at UCLA are also tired of fighting. And so instead they volunteer to tear down the posters that tell the truth about their enemies hoping that appeasement will save them from the struggle.

But appeasing people who hate you never works.

Jews who embrace their enemies do not stop wars. Their failure to resists only perpetuates them. If you do not stand up for yourself, you only encourage your enemies to test how low you will crawl.