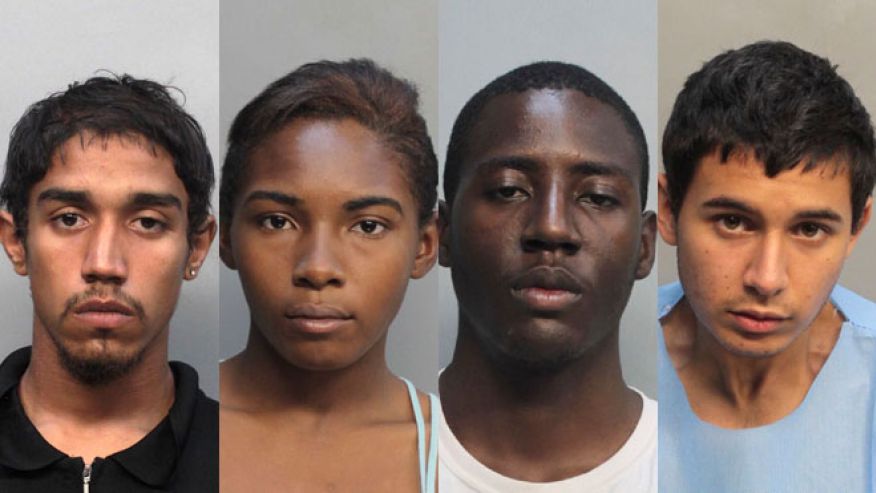 The 17-year-old Jose Santos Amaya Guardado was lured into the woods by three of his classmates at the federally funded Homestead Job Corps in Florida. Outside the live-in vocational school, the students pulled out a machete, police say, and began to hack away at him.

As he lay in a pool of his own blood, the attackers threw him in a shallow grave and set him on fire, authorities say. Accused ringleader Kaheem Arbelo, 20, allegedly marked the moment by having sex in the woods with student Desiray Strickland, 18.

The Labor Department, which runs the national program, quickly came out after the June murder and said it was “deeply concerned about the tragic death at the Homestead center.”

But critics say conditions at the live-in learning centers have been deteriorating for decades. And they say Guardado’s brutal murder — which is renewing scrutiny of those conditions — could have been prevented.

Government watchdogs have issued multiple warnings for years about the escalation in violent crime at Job Corps — the $1.6 billion antipoverty program launched during President Lyndon Johnson’s tenure to provide free vocational training for low-income students. The program, which was once seen as a safe harbor for teens in high-risk areas, has seen a disturbing spike in documented cases of violence as well as reports that those in charge looked the other way as dangerous conditions developed.

A 2015 inspector general report flagged “continuing deficiencies” in enforcement and oversight, suggesting trouble students were wrongly allowed to stay in the program.

In the latest case, Arbelo, who was arrested in August for the machete murder, was a suspected drug dealer at the school with a long rap sheet. Jonathan Lucas, 18; Christian Colon, 19; and Strickland also were arrested and charged.

Judicial Watch said the murder and other recent crimes are part of a “much broader problem” and alleged the program has become a “mismanaged hotbed of violence.”

According to preliminary data for the most recent fiscal year, which ended in July, 79 percent of program graduates have gone on to have a career, enter the military or enroll in higher education.

The program also touts impressive student success stories like Eric Martinez, who went from being a homeless drug-addicted teenager in California to becoming a “priority apprentice” and securing a gig at the $477 million Golden I Center in downtown Sacramento – the future home of the NBA’s Sacramento Kings.

But cases like his are overshadowed by cases like this: In April, prosecutors in St. Louis charged Matthew Carlock, 20, with first-degree murder in the shooting death of Matthew Anderson, 21. Both men were part of the training program and the incident took place on Job Corps’ campus.

Job Corps also says it’s establishing a new centralized division in its national office to review the results of all risk management data and will address security deficiencies at individual centers. They’re rolling out Youth 2 Youth: Partners for Peace — a student-led initiative that addresses violence, aggression and bullying.

And over the past year, Job Corps has fired contractors at locations where safety has been an issue and now requires each center to complete a campus facility and security vulnerability survey.

Job Corps will likely face heavy pressure to follow through.

An initial IG audit was conducted after the Office of Inspector General received numerous complaints between Jan. 1, 2012 and Dec. 31, 2013 alleging serious student misconduct — including a jump in assaults and illegal drugs – at 12 of its most problematic centers.

The audit found Homestead Job Corps in Florida had a total of 67 serious misconduct infractions in that time.

The report also alleged that officials looked the other way at many centers. When centers reported serious misconduct – 35,021 incidents – records showed required follow-up investigations were never conducted or documented in more than a quarter of the cases – or about 8,928.

“These deficiencies occurred because center management wanted to provide students who committed serious misconduct with second opportunities; misunderstood Job Corps’ policies and data entry requirements; and retained students who should have been discharged to avoid the adverse effect on their performance outcomes,” the newest report states.