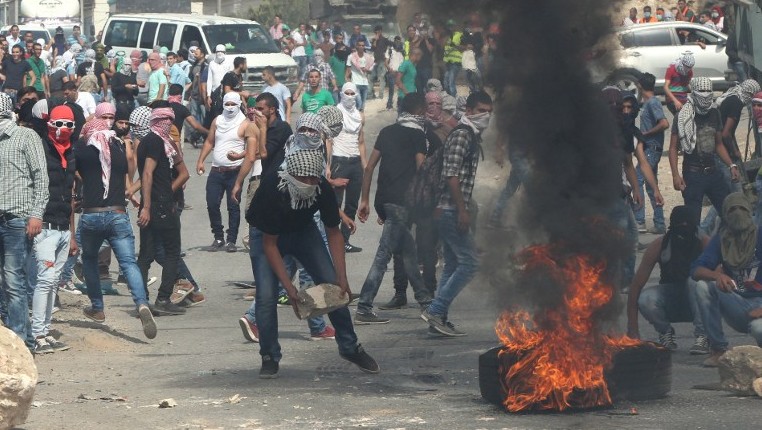 This week as almost every week there were dozens of terror attacks of varying severity not reported in most major media outlets. We report on these silenced events to present a fuller picture of the reality in Israel and balance the picture presented to innocent readers abroad. We hope that by reporting these incidents we can raise awareness so that actions can be taken to rectify this problem and improve reality in the Jewish State.

This past week (Friday April 1st- Thursday April 7th) there were over 80 terror attacks recorded in the Silent Intifada updates on Hakol Hayehudi. Among these were one stabbing as well as many incidents of arson and throwing of stones and firebombs at individuals, vehicles, and homes.

In total four Jews were injured in these attacks.

In a stabbing attack in the industrial district of Rosh Haayin a Jewish woman was injured. She was taken for treatment and her condition was stable.

At Tapuach Junction an Arab attempted to stab security forces and was arrested.

In Hawara in the Shomron, Arabs threw stones several times. In one incident, a stone struck a vehicle being driven by a woman who was on her way to repair damage to her car from a previous attack. The stone injured a passenger in the vehicle. Shortly after the attack, Jewish residents held a protest in Hawara and called on security forces to respond harshly to the continued stone throwing attacks.

22:44- Arabs throw stones near Hizme causing damage to a vehicle.

21:00- A woman is injured from stone throwing by Arabs on the road to Adam.

18:37- Arabs throw stones at a bus and vehicles near Kiryat Arba.

17:30- A Jew is injured when Arabs throw stones at his car on the Mount of Olives in Jerusalem.

20:48- Arabs throw firebombs at an army vehicle near A-Ram.

8:41- A driver is injured from stones thrown by Arabs in Hawara in the Shomron.

23:44- Arabs throw firebombs at the fence of Pesagot in Binyamin.

22:12- Arabs throw firebombs at vehicles near Shilat Junction on Route 443.

17:25- Attempted terror attack: An Arab was arrested on his way to perpetrating an attack near Beit El.

21:45- Arabs throw firebombs at vehicles on the road to Maale Adumim.

6:00- Navy soldiers capture a vessel on the way to Gaza and discover ammunition on it.

8:50- A taxi driver reports that three Arabs attempted to carjack him near Rantis.