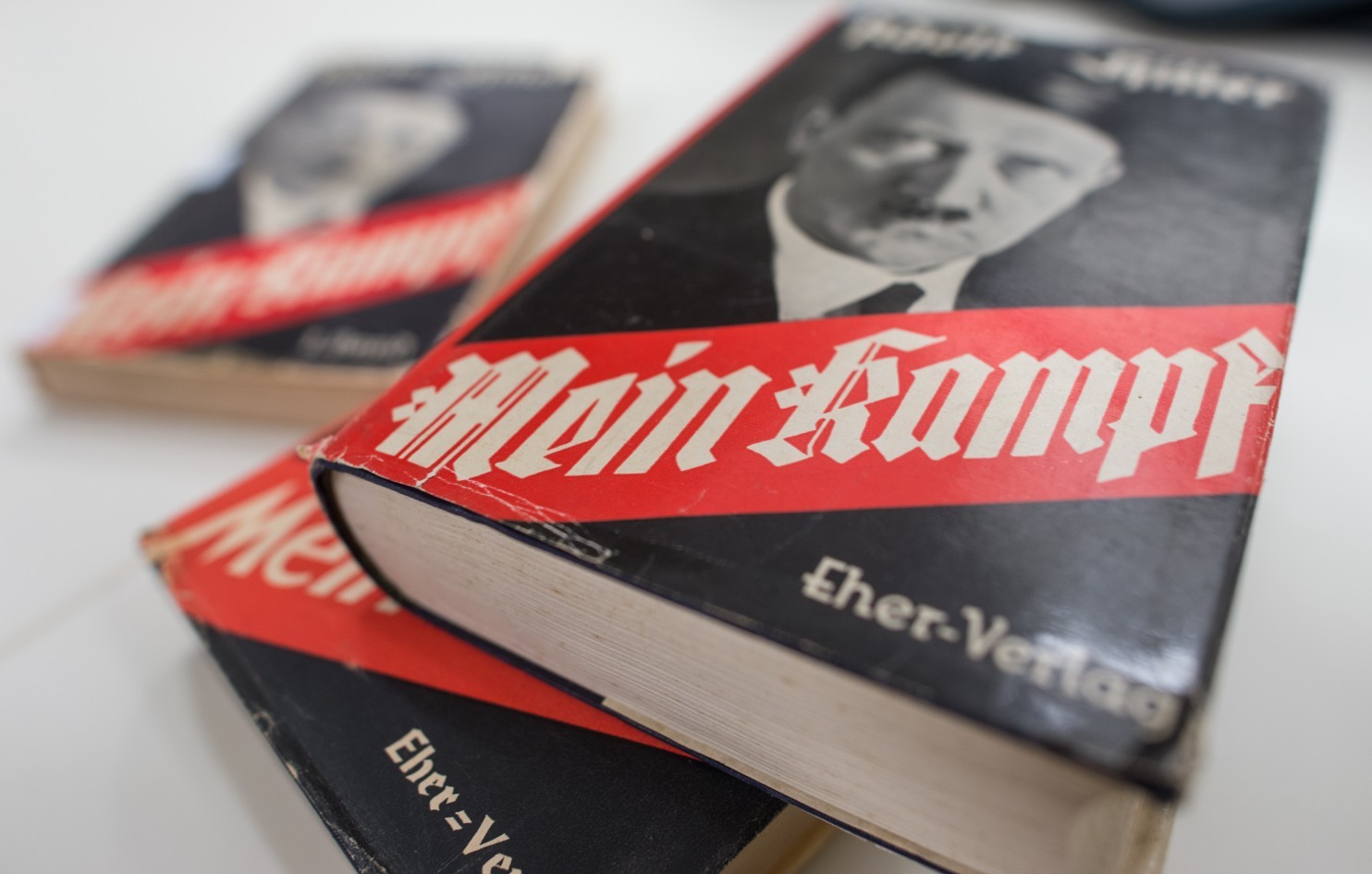 The State Department on Tuesday said that it was “not aware” that anti-Semitic books were displayed at the Riyadh International Book Fair in Saudi Arabia in which the U.S. Embassy participated.

Following a blogger’s revelation that the works displayed included anti-Semitic screeds about the “Protocols of the Elders of Zion” and “Mein Kampf,” Deputy State Department Spokesman Mark Toner said that the U.S. condemns anti-Semitism “in all its forms” and would weigh “very heavily” participating in the book fair next year.

“We were just a participant. We weren’t aware that these books were going to be featured in this book fair. So we’re not a partner, we’re not a funder, we’re not a sponsor,” Toner said at his Tuesday briefing in response to a reporter’s question.

According to the blog, the circled volumes included: “Theodor Herzl – Satan of Zionism and Devil of the Modern Time,” “The Protocols of the Elders of Zion: The Masonic Plots to Dominate the World” and Hitler’s “Mein Kampf.”

“We condemn any anti-Semitic literature that may have been present at this event,” Toner said.

He explained that the U.S. Embassy in Riyadh has for years participated in the book fair as “part of an effort to essentially distribute books to Saudi citizens that include books about democracy, tolerance, diversity, human rights, et cetera.”

Asked if the U.S. would return to the fair next year, Toner said, “I think we would weigh this very heavily, considering this incident.”

A longer list of some of the other questionable tomes on display can be seen at this link.