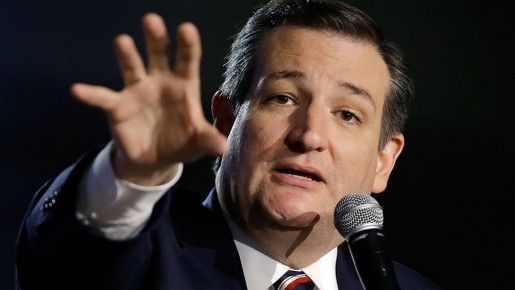 “The government of Israel reiterated the reality that the Golan Heights are part of Israel’s sovereign territory,” Cruz said in a statement, adding, “Given the presence of hostile terrorist organizations ranging from ISIS to Hezbollah on Israel’s northern border, it is foolhardy and dangerous for elements in the international community to try to pressure Israel to abandon the Golan to the chaos engulfing Syria.”

“The path to peace cannot involve Israel’s abdication of its own security,” continued Cruz.

“…America stands with you,” he concluded.

While Cruz expressed support for Netanyahu’s call, which came at a cabinet meeting in the Golan Heights on Sunday, the State Department thought otherwise.

State Department spokesperson John Kirby told reporters on Monday that the United States does not consider the Golan Heights to be a part of Israel.

“The U.S. position on the issue is unchanged,” Kirby said, adding, “This position was maintained by both Democratic and Republican administrations. Those territories are not part of Israel and the status of those territories should be determined through negotiations. The current situation in Syria does not allow this.”

Kirby’s comment followed a condemnation earlier on Monday by Germany, which called the move a violation of international law and the United Nations Charter.

Following Netanyahu’s declaration, Syria quickly responded by condemning it and pledging to “take back the Golan” with the help of the United Nations.