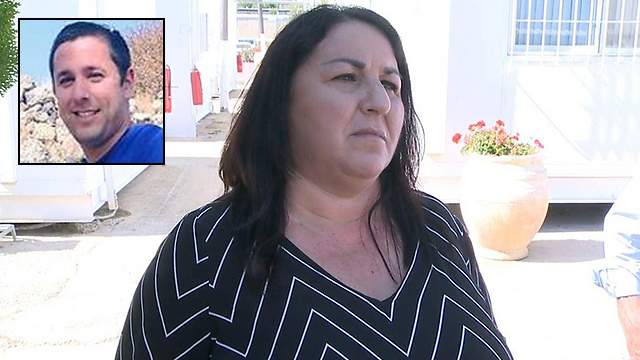 Dozens of bereaved families this week announced the formation of a new organization through which they will seek to increase deterrence against would-be terrorists and fight against the “lavish conditions” received by terrorists in Israeli prisons.

The organization, “Choosing Life,” is comprised of over 40 bereaved families, the majority of whom lost their loved ones in the recent wave of terror that began in the fall of 2015.

Among those who have joined the organization include Rina Ariel, mother of 13-year-old Hallel Yaffe Ariel who was murdered in her Kiryat Arba bedroom in June 2016; Merav and Herzl Hajaj, parents of 22-year-old Shir Hajaj who was murdered in a truck-ramming attack in Jerusalem in January 2017; Noah Litman and Sarah Litman-Beigle, the wife and sister of 40-year-old Rabbi Yaakov and 18-year-old Netanel Litman who were murdered four days before Sarah’s wedding in November 2015; and Doron Mizrachi, father of 18-year old Ziv Mizrahi who was killed in a November 2015 stabbing attack on Route 443 and brother of 22-year-old Alon Mizrahi who was murdered in a suicide bombing at Jerusalem’s Cafe Hillel in September 2003.

The decision to establish an official, non-profit organization stemmed from a series of intensive activities conducted by the families over the past two years in which they’ve advocated for stricter conditions for terrorists in Israeli prisons and for harsher punishments against those complicit in the attacks, including family members of the terrorists.

The families have also been active in protesting the foreign government-funded legal defense provided by Israeli NGOs to terrorists and their families.

Dvorah Gonen, leader of the organization and mother of 25-year-old Danny Gonen who was murdered while hiking near the village of Dolev in June 2015, said: “Unfortunately, the voices of the bereaved families are not heard strongly enough. Since Danny was murdered two years and four month ago, there is no light in my life. I am dedicating my life to ensure that this does not happen to any more Israeli citizens.”

“The citizens of Israel don’t know the wide-range of benefits that terrorists and their families receive,” added Gonen. “It pays to be a terrorist today. It is absurd, we completely lost our deterrence.”

Hadas Mizrahi, wife of 47-year-old Chief Superintendent Baruch Mizrahi who was murdered in a drive-by-shooting in 2014 by a convicted terrorist freed in the 2011 Gilad Shalit prisoner swap, said: “The time has come to impose the death penalty on terrorists. It is inconceivable that convicted terrorists could be freed and could then go and murder our loved ones. We must wield an iron fist against terrorism.”

Matan Peleg, Chairman of the Zionist organization Im Tirtzu that has been accompanying the families and assisting them with establishing the organization, noted: “We have arrived at an absurd situation wherein terrorists know that it is more worthwhile for them to murder an Israeli than to steal his car.”

“Terrorists enjoy extravagant conditions in prisons and their families receive the finest legal defense courtesy of foreign governments and the New Israel Fund. This is an unacceptable phenomenon that ‘Choosing Life’ is seeking to end,” concluded Peleg.