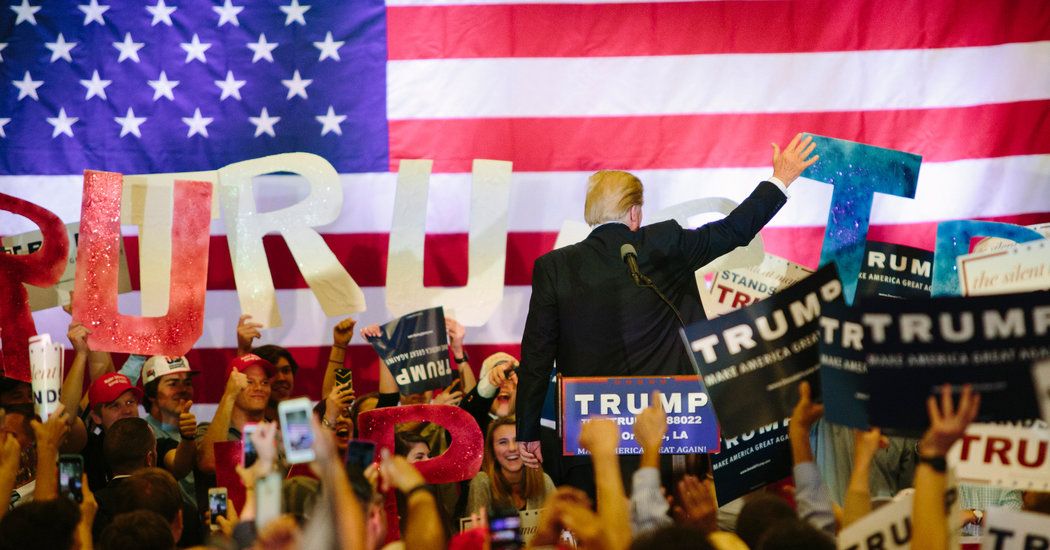 Why on earth didn’t you vote for a real conservative like Ted Cruz and not a self-destructive flip-flopper like Donald Trump?

Conventional wisdom in June is that Donald Trump will not only lose the White House, but also cause the loss of the GOP-controlled House and Senate.  Never mind that conventional wisdom over the past year has been the imminent implosion of Trump for any one of his “over-the-top” comments and that he would not even be the nominee.  Karl Rove promised us that Trump wouldn’t be the nominee.  Ted Cruz told us much the same.  But that was before he secured the necessary number of delegates.  Still, the issue isn’t settled.

Here we are at the beginning of summer with Trump as the “presumptive” nominee.  The word presumptive is important, at least on the Republican side.  There is no talk on the Democrat side over whether or not Hillary Clinton will be the nominee, despite an ongoing FBI investigation and a possible indictment in her future.  There are no prominent Democrats mounting a #NeverHillary movement.  No talk of Democrat delegates or voters “voting their conscience.”  No – those self-destructive behaviors are strictly the providence of the GOP.

One would think the Republican Party should be rejoicing.  Their presumptive nominee garnered more GOP primary votes than any previous candidate.  An enthusiastic and engaged Republican electorate is something to celebrate, especially compared to the last two election cycles, where the base was lethargic, with many holding their noses to vote for John McCain or Mitt Romney.  No one had to hold his nose to vote for Trump.  There were 17 talented and accomplished candidates to choose from, any of whom would be an improvement over the current president and better for the country than Hillary Clinton.  Those who did not like Trump could and did vote for Cruz, Rubio, Kasich, or any of the other candidates.  Yet Trump prevailed.

Instead, the Republican Party is hell-bent on turning its good fortune into almost certain defeat – and not just defeat, but wipe-out.  Mass casualties across the Republican ranks.

Does the GOP really have such a death wish?  Sure seems that way.

Speaker of the House Paul Ryan, third in line to the presidency, de facto leader of the Republican Party, said, “House Republicans should not betray their conscience when it comes to backing their party’s presumptive presidential nominee Donald Trump.”  I presume he is also speaking to convention delegates and voters in general.

How nice that Speaker Ryan has a conscience.  Was his conscience on display when he supported a super-sized budget, more than even the president asked for?  Or when he funded Planned Parenthood, an organization responsible for more deaths than Muslim terrorists, assault weapons, Tea Partiers, Christians, and NRA members combined?  Was his conscience on display when he supported the Iran deal, rewarding a country that chants “Death to America” and publicly hangs gays?  Has he held anyone accountable for Fast and Furious, the IRS targeting Obama’s political opponents, American deaths at Benghazi?  Has he defunded Obamacare?  I could go on, but you get the picture.

Instead, Speaker Ryan threatens to sue Donald Trump over his proposed temporary pause in immigration from majority-Muslim, sharia-believing countries.  I don’t recall any threats to sue President Obama over unlawful edicts and executive orders.  I agree with Tucker Carlson, who observed, “Ah yes.  Paul Ryan working for the Hillary campaign.”

If I didn’t know better, I’d say Nancy Pelosi is hiding in Paul Ryan’s body.  What would be different if she were speaker of the House rather than Paul Ryan?  Not much.  The House would have the same priorities, and I’m sure Pelosi would also be salivating over the prospect of suing Trump.  Republican voters elected a Republican House and Senate specifically to stop these excesses.  The expectation was that Ryan and McConnell would have a conscience and govern in accordance with their campaign promises, not in the opposite way.

Donald Trump comes along, promising to “Make America Great Again,” and now Paul Ryan has a conscience?  Anyone hear Harry Reid or Nancy Pelosi telling their constituents to “vote their conscience” at the Democrat convention?  Bernie Sanders’s supporters are still out there, and much like Trump supporters, are engaged and enthused.  No, Nancy and Harry are firmly behind their presumed nominee, overlooking her myriad faults and scandals.

Instead of working with their imperfect nominee, making him a better candidate, the #NeverTrumpers at National Review and throughout the establishment and donor class are either withholding support or actively sabotaging his campaign.  Scare tactics from the National Review: “Republicans need to start worrying about losing their majority in the House of Representatives.” If scare tactics don’t work, be more direct, as Bill Kristol recommended – “So, leaders of the Grand Old Party, dig down deep, summon your courage, steel your nerve…and cut the thread.”

How might that play out?  Create a “conscience clause” for the GOP convention “that would allow delegates to vote against the presumptive nominee.”  GOP senator Ron Johnson hinted at this scenario on CNN’s State of the Union, stating that the Trump nomination “remains reasonably uncertain.”  Will Trump and his supporters sit back and say, “Oh well.  We lost” and support the Conscience Club’s choice of nominee?  Who might that be?  Romney, Bush, Ryan, Rubio, Kasich?  I suspect that most Trump supporters would rather have a root canal on election day than show up to vote for the establishment candidate after being told their previous vote doesn’t matter.

Will the GOP establishment just sit back and do nothing?  The big donors, like the Koch Brothers, may support GOP Senate candidates but not Trump.  Will the large PACs and RNC support Trump in a meaningful way?  Will party leaders endorse and campaign for Trump?  Or will they just sit on their hands doing nothing?  If that happens, and Trump loses, his supporters will correctly assign blame to the GOP establishment for doing nothing, just as the GOP Congress is doing nothing against the Obama excesses.

Either way, this ends badly for the GOP.  Perhaps they will lose both houses of Congress as they did in 2006.  And for similar reasons.  George W. Bush was a big spender, promoting ill conceived and executed wars, No Child Left Behind, a new prescription drug entitlement, auto bailouts, TARP, Harriet Miers, and so on.  Eventually the GOP won back Congress, based on campaign promises they have ignored.

If the will of the GOP voters who supported Trump is thwarted, either actively or passively, by the establishment and donor class, Bill Kristol’s advice to the GOP leaders will be taken to heart by GOP voters.  We will summon our courage, steel our nerve…and cut the thread – not to Trump, but instead to the GOP.  Through votes and contributions.  We may follow our consciences and find something better to do on election day than vote for betrayal, even if it means a root canal.