There Won’t Be “Gender Restrictions” at 2018 Olympics 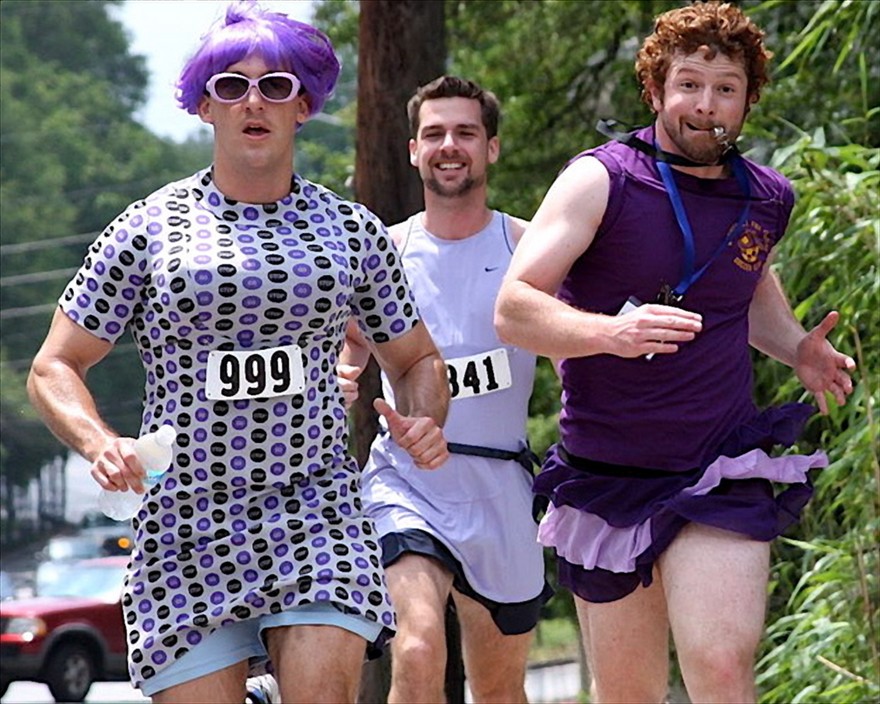 The International Olympic Committee (IOC), in charge of making the rules for the 2018 Winter Olympic Games in South Korea, said that there will be no sex or gender testing required for the upcoming games.

“With regard to Hyperandrogenism in female athletes, there were no regulations in place at the Olympic Games Rio 2016 and there will be no regulations in place at the Olympic Winter Games PyeongChang 2018 as we are still awaiting the resolution of the Dutee Chand case,” the IOC wrote in a June email in response to an inquiry into how it would regulate the upcoming Olympics.

The response follows controversy that sparked after 800-meter South African runner Caster Semenya won gold at the 2016 Summer Olympics in Brazil. Semenya’s intersex condition causes her to produce more testosterone (hyperandrogenism) than most women, prompting questions about whether she had an unfair biological advantage.

“These kind of people should not run with us,” Italian middle-distance runner Elisa Cusma said. “For me, she is not a woman. She is a man.”

In the past, the International Association of Athletics Federations (IAAF), the world’s governing body for track and field, sought to preserve the male-female division by administering gynecological exams, chromosome tests, or hormone tests to ensure fair competition.

Before the Rio Olympics, women like Semenya whose functional levels of the hormone are higher than 10 nmols/L were barred from international competition. Between 2011 and 2015, the IAAF ruled that any woman with less than 10 nanomoles of testosterone per liter of blood could compete in women’s events. Sex testing was not required of any athletes at the Rio Olympics, however, meaning intersex track athletes could compete with their natural testosterone levels.

Prior to IAFF regulations, Semenya dominated the 800m race at the world championships in Berlin, but she failed to move beyond the semifinals in Beijing after testosterone limits were implemented. When the testosterone rule was suspended in 2015, she returned to form, winning the 400m, 800m, and 1500m races at the African Championships — all on the same day — and an olympic gold the following year.

The Court of Arbitration for Sport suspended the IAAF’s testosterone rule in 2014, citing a lack scientific evidence to suggest that women with high levels of the hormone have a significant competitive advantage. The IAAF argued that testosterone is the most important boost to athletic performance, but the court stated that unless it could prove an average performance gap of 10 to 12 percent between male and female runners, there was not sufficient “evidence about the degree of the advantage.”

This decision came after an Indian sprinter named Dutee Chand said the federation unfairly discriminated against women like her with higher testosterone levels. The IAAF rebuked the court’s decision, pointing to two large studies in Russia and South Korea showing that most elite female athletes had testosterone levels between 0.1 and 3.08 nmol/L and that 99 percent of female athletes had testosterone below 3.08 nmol/L. They argued the 10 nmol/L cap for women was “too generous.”

The court gave the IAAF a deadline of July 2017 to come up with more evidence otherwise the rule barring competition would be permanently void.

In February, the International Olympics Committee agreed to stop regulating women’s natural testosterone levels until the IAAF case was resolved.

Testosterone, found in both men and women has been linked with increased muscle, bone mass, and competitive drive. The average male produces much more of it than the average female, roughly 35 nmol/L. Women usually produce less than 3 nmol/L.

Sweden-based Professor Martin Ritzén, a specialist in pediatric endocrinology, testified on behalf of the IAAF and said the probability of a healthy woman reaching 10 nmol/L of testosterone was “zero.” Another IAAF expert witness, professor of gynecology Angelica Hirschberg, noted that she had never seen such a high level of the hormone in someone with healthy ovaries and normal adrenal glands.

IAAF argued that transgender and intersex athletes have an unfair advantage in part because testosterone is linked with lean body mass, increased strength, speed, and power. This is why many athletes try to illegally take synthetic versions of the hormone to boost their performance, the IAAF contended.

Joanna Harper, a doctor and transgender woman who competed in male distance running events for decades, told the Court of Arbitration that when she started taking a testosterone blocker and estrogen as part of her transition, she became “noticeably slower.” Harper collated data from seven other transgender runners for a study published in the “Journal of Sporting Cultures and Identities” and found that all of them had slower times competing as females.

Other experts question whether it’s fair to equate the experience of transgender women with the experience of intersex women. They argue that the two different populations cannot be compared and that a runner’s performance may take a hit from the psychological toll of being outed to the world as intersex.

The IOC Medical Commission held a consensus meeting in 2010 on female hyperandrogenism and implemented the IOC Regulations on Female Hyperandrogenism prior to the 2012 London Olympic Games, according to the IOC’s email. The regulations were published in September 2013 and updated for the 2014 Sochi Winter Olympic Games.

“In November 2015, the IOC Medical and Scientific Commission convened an expert group to review the available scientific and clinical evidence on Sex Reassignment and Hyperandrogenism in female athletes.  Although there was not unanimity of opinion on all details discussed the statement reflects a consensus (Consensus Statement) of those participating. However, following the Court of Arbitration for Sport (CAS) interim award in the Chand v AFI and IAAF case, the IOC was not in a position to introduce rules on hyperandrogenism until the issues of the case are resolved,” the email concluded.

Unless the Olympic Committee changes its mind before 2018, athletes competing in the South Korea Winter Olympics will not be required to undergo sex testing or adhere to testosterone limits.