These 27 Universities Purchased Body Parts From Aborted Babies for Experimentation

In the process of its investigation into the fetal tissue markets, panel investigators found just how deeply entrenched many of the nation’s top universities are in the abortion industry. 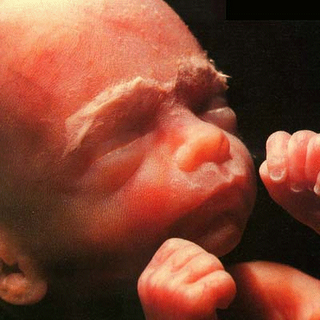 Their dual roles mean not only that clinics gain the services of some top medical school faculty, but that medical schools are desensitized to the fundamental contradiction of medical care and abortion, which kills, not heals. Their core principles corrupted, they go so far as to send out their residents for training at these clinics, learning to perform late term abortions, and perhaps even learning the in and outs of the fetal tissue procurement business.

This can’t be what medical schools, many of them state supported, are supposed to be teaching.

The list of universities on the list of those ordering and using fetal tissue for research contains the names of some of the most prestigious institutions of higher learning in the country: Baylor, Dartmouth, Duke, Harvard, Johns Hopkins, Ohio State, Stanford, UCLA, University of Michigan, University of Miami, Vanderbilt, Yale, and many others. (See list below drawn from the “Final Report” of the Select Investigative Panel of the Energy & Commerce Committee, December 30, 2016, from pp. 175-7 & 254-5. Hereafter it will be referred to as “SPR.”)

As bad as it is that lauded researchers at America’s top universities are, like movie mad scientists, harvesting the organs of human beings for grisly medical experiments, there are institutions were the involvement has gone even further.

A New Regime in New Mexico

One of the things the select panel uncovered was a special relationship between the Southwestern Women’s Options clinic (SWWO) and the University of New Mexico (UNM). SWWO was not simply the sole provider of fetal tissue to UNM, but also one of the locations where UNM residents and fellows performed abortions.

Twenty years ago, abortions simply weren’t performed at UNM, except in rare cases where the mother’s life or health was at risk or there what the panel termed a “fetal anomaly.” [This is not to endorse abortions under such conditions, but it illustrates how far UNM has fallen.] Prior to 2000, the panel’s report notes, when abortions were performed, “nursing personnel and anesthesiologists often were unwilling to participate” (SPR, p. 236).

That changed when, over objections of upper level hospital administrators, an administrator and another faculty member (identified in the report as “Dr. Administrator” and “NM Doctor #2″) from the university’s departments of Obstetrics and Gynecology and Family Medicine pushed UNM to expand its abortion offerings. In 2002, the activists succeeded in introducing chemical or “medical” abortion with RU-486, into UNM clinics.

From that point on, it was only a matter of time before UNM was offering surgical abortions and abortions up to 25 weeks at the UNM hospital.

For our purposes here, it is very much worth noting how this transformation came about. Strategic grants from the Susan Thompson Buffett Foundation which helped fund abortion expansion at UNM by providing resources were used to employ and train abortionists. (Susan Thompson Buffett is the late wife of billionaire Warren Buffett.)

The panel identifies these programs by name – the Kenneth J. Ryan Residency Training Program and the Center for Reproductive Health Education in Family Medicine for family medicine residents. Both were funded by Buffett. (For more on the Ryan Residency Program, see www.ryanprogram.org/node/1.)

UNM used those funds to form the UNM School of Medicine Fellowship in Family Planning. This was the vehicle through which UNM supplied medical residents to nearby abortion clinics in Albuquerque – SWWO and the local Planned Parenthood – to perform abortions.

According to the select panel’s investigation, one of the educational purposes of the fellowship identified as a “major goal” was to send UNM doctors to SWWO to “give additional volume of 2nd trimester abortions” under the supervision of another UNM faculty member who was a director of SWWO. The “Dr. Administrator” from UNM initiated the training rotation at SWWO (SPR, p. 238).

During their time working at SWWO and Planned Parenthood’s surgical center, their compensation and malpractice insurance was covered by UNM (SPR, p. 238-9).

In essence, SWWO and Planned Parenthood got their abortionists for free from UNM. Tissue from aborted babies was provided to UNM researchers during this time frame, although “donated at no cost,” by SWWO (SPR, p. 243).

At least one of those fellowship recipients has gone on to full-time employment at SWWO, where she continues to perform abortions there in Albuquerque and at another SWWO location in Dallas, TX.

The panel notes, “Since the time when opposition to participating in abortion procedures was the predominant view of UNM medical staff, the culture appears to have changed, along with the composition of UNM hospital and clinic personnel, to one aggressively in favor of the expansion of abortion” (SPR, p. 239).

Faculty members at UNM now engage in political fundraising and lobby for the expansion of “abortion services” and their public funding. The “Dr. Administrator” of the program testified that “advocacy is… a core requirement in our training program” (SPR, p. 239).

Opposition to abortion, once prominent in the university, is now muted. One medical student suing the UNM Board of Regents claimed he was referred to a disciplinary committee for simply expressing his personal views against abortion on his Facebook page (SPR, p. 240).

The University of Washington (UW) is what the select panel calls “the Nation’s Largest Fetal Tissue Bank.” According to their investigation, over the last five years, over a dozen clinics have supplied UW with fetal tissue, and numerous doctors on the staffs of those clinics hold faculty positions at UW (SPR, p. 253-4).

Like the University of New Mexico, UW participates in the Kenneth J. Ryan Residency Training Program in Abortion and Family Planning run out of the University of California, San Francisco, providing residents to local abortion clinics. (See more about this Program at the end of this article.) The panel says that several faculty members also perform abortions at both the UW Medical Center as well as outside clinics. Some of those abortions are performed well into the second trimester (SPR, p. 255).

Several UW faculty members, for example, perform abortions at least part time at facilities that are part of the local Cedar River Clinics abortion chain. They include an associate professor of Ob/Gyn at UW who is also the director of UW’s Family Planning Division and its Family Planning Fellowship, an acting assistant professor at UW Ob/Gyn department, and the clinical assistant professor at UW’s Family Medicine Residency (SPR, p. 256-7).

The person who served as medical director for Planned Parenthood of Greater Washington and North Idaho (PPGWNI) for eight years was trained as a UW resident and is a clinical professor at UW’s Central Washington Family Medicine Residency program. Another doctor working at PPGWNI is also a clinical faculty member at UW.

Even if no direct payments were made for the tissue (UW claims that recipients of the tissue are charged a flat fee of $200 for samples and only cover costs for the clinics from which it obtains the tissue SPR, pp. 258. 260), the provision of residents and faculty to perform abortions at the clinics seems to create obvious conflicts of interest.

What is the university’s interest in having its faculty staffing abortion clinics? Is the abortionist acting on behalf of the woman or the university?

The panel also found that the University of Wisconsin, School of Medicine and Public Health (UW SMPH) and Planned Parenthood of Wisconsin (PPWI) had a cozy relationship.

From December of 2008 forward, UW SMPH and PPWI had a “Memorandum of Understanding” between themselves in which UW SMPH agreed to provide an assistant professor of Ob/Gyn from the medical school who would serve as the clinic’s associate medical director. Though no quid pro quo is made explicit, the doctor was part of plans to offer late, second term abortions there in Madison, Wisconsin, and it was from PPWI that UW SMPH obtained fetal tissue (SPR, p. 276).

It should be noted that UW SMPH has denied obtaining fetal tissue from that clinic network since November 2010. They say they had since gotten their fetal tissue elsewhere. However, both the abortionist that was there as medical director and another doctor from the university that continues to serve on the PPWI clinic staff were acknowledged in a 2014 medical article thanking them “for their support with tissue collection and processing” (SPR, pp. 276-7).

WI Doctor #2 also serves as director of the Ryan Fellowship at UW SMPH. UW SMPH does send residents to PPWI through a separate contract with the University of Wisconsin Hospitals and Clinic Authority (UWHC). Residents participating in the program are paid by UWHC, not the clinic, and while at PPWI, they would be supervised “by physicians who have UW SMPH faculty appointments and are members of the medical staff at PPWI” (SPR, p. 277).

The Ryan Fellowship shows up again at the University of Michigan (UMich), another school involved in fetal tissue research. Through the fellowship UMich medical students are eligible to perform abortions at the local Planned Parenthood clinic in Ann Arbor, which is listed in the “our locations” portion of the UMich Health Systems website (SPR, p. 278).

One doctor, the report found, was both an associate professor in UMich’s Ob/Gyn department and medical director for Planned Parenthood.

Final Thoughts on the Final Report

Abortion kills babies. If there were pockets of the public who didn’t know that before, they’ve had a chance to learn that awful truth with the release of the Center for Medical Progress’ videos showing the harvesting of fetal eyes, livers, brains, and limbs from Planned Parenthood abortion clinics.

But abortion also corrupts a nation, even its most prestigious institutions. That can be seen in congressional Democrats defending Planned Parenthood and giving third-trimester abortionists a pass. Additionally, it can be seen in the country’s top medical schools sending out their medical students and faculty– the best and the brightest — who are supposed to be learning and teaching how to save lives, to train and work in abortion clinics.

So desensitized to the inhumanity of abortion, the only sense of the value of human life they have retained is as one more commodity to be bought and sold, or raw material for research. But what does it profit a person if they gain the whole world (or a few more dollars) and lose their own soul?

The House’s Select Investigative Panel not only pulled aside the curtain on seamy fetal tissue industry and all its partners, it also revealed how deeply abortion has stained the national soul.