A letter signed by 700 artists fails to take into account the reality of life in the Middle East. 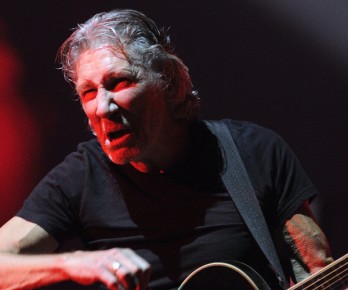 This past weekend, 700 British artists had a letter published in the Guardian in which they called on others to boycott Israel until what they term the “colonial occupation” ends. As an Israeli politician who supports the creation of a [so-called] “Palestinian” [terror] state, it has been a long time since I saw a letter so shallow and lacking in coherence.

The fact that, as is common with petitions like this, the majority of the signatories are unaware of the reality here in the Middle East, doesn’t reassure me. It only takes one “useful idiot” like [anti-Semite] Roger Waters (the expression is not an insult but a phrase attributed to Lenin to describe weak liberals used by cynical regimes for their own ends) to call Israel an apartheid state and the liberal choir will immediately stand to attention and sing the chorus with him. Why? Because everyone wants to be like Nelson Mandela but no one has the patience to learn the details.

I wonder if, before they put their names to the letter, anyone told the 700 signatories that twice already – once in 2000 and once in 2008 – Israel offered the [Muslim Arabs] the chance to build an independent state on over 90% of the territories, and on both occasions the “Palestinians” refused?

Do they know that Gaza is ruled by Hamas, a terrorist organization that punishes homosexuality with [public] hanging? That severely restricts the freedom of women to do such dangerous things as running a marathon or riding a scooter [or voting, getting an education, or riding in the front seat of a car]? Where Jews and Christians don’t have the right to live?

Maybe when they aren’t signing petitions they would prefer democratic regimes, like Israel, where there is freedom of expression and freedom of the press and where [basic human] rights are protected by law. Where Muslims and Christians serve in the supreme court, the Knesset and senior positions in the military; where women have served as prime minister, as president of the supreme court and in the highest ranks of the army?

As artists – who by definition are people with imagination – are they willing to take a moment and consider this: let’s imagine that following a call in the Guardian the IDF puts down its weapons and stops protecting the people of Israel for 24 hours – what do they think would happen?

If you don’t share the imagination of an artist let me tell you: [Muslim terrorists] would kill us all. Women and children first. That’s what they’re doing to their brethren in Syria, Iraq, Afghanistan, Yemen and across the Islamic world. What are the chances that they’d spare us?

To end the conflict Israel only has one demand: security for our citizens. We don’t believe that’s unreasonable. In 2005, as part of the [evil] “disengagement” from Gaza, Israel [foolishly] pulled out without any demands from Gaza, took down the settlements and removed the army from the area.

We expected the [so-called] “Palestinians” would take the opportunity to build schools, hospitals and factories but instead they kicked out the PA from Gaza and brought in Hamas – a [Muslim] terror group of the worst kind. And after a few months they began building terror tunnels into Israeli territory and started massive rocket and mortar fire upon the innocent civilian population.

Not long ago I visited my friend Gila Tregerman who lives in southern Israel. Her son, Daniel, was killed a few months ago by a mortar shell the [Arab Muslim Nazis] fired on his house. He was four years old. A little young to be a colonial occupier.

I am not a British artist. I guess I’ll never be as complex as Ken Loach or as grandiose as Richard Ashcroft. What I want is far more modest: for people not to try to kill me just because I’m a Jew. For Jews in Europe to be able to stand safely outside synagogues and do their shopping in a kosher supermarket and for Jews in Israel to be safe from the threat of rockets and mortars.