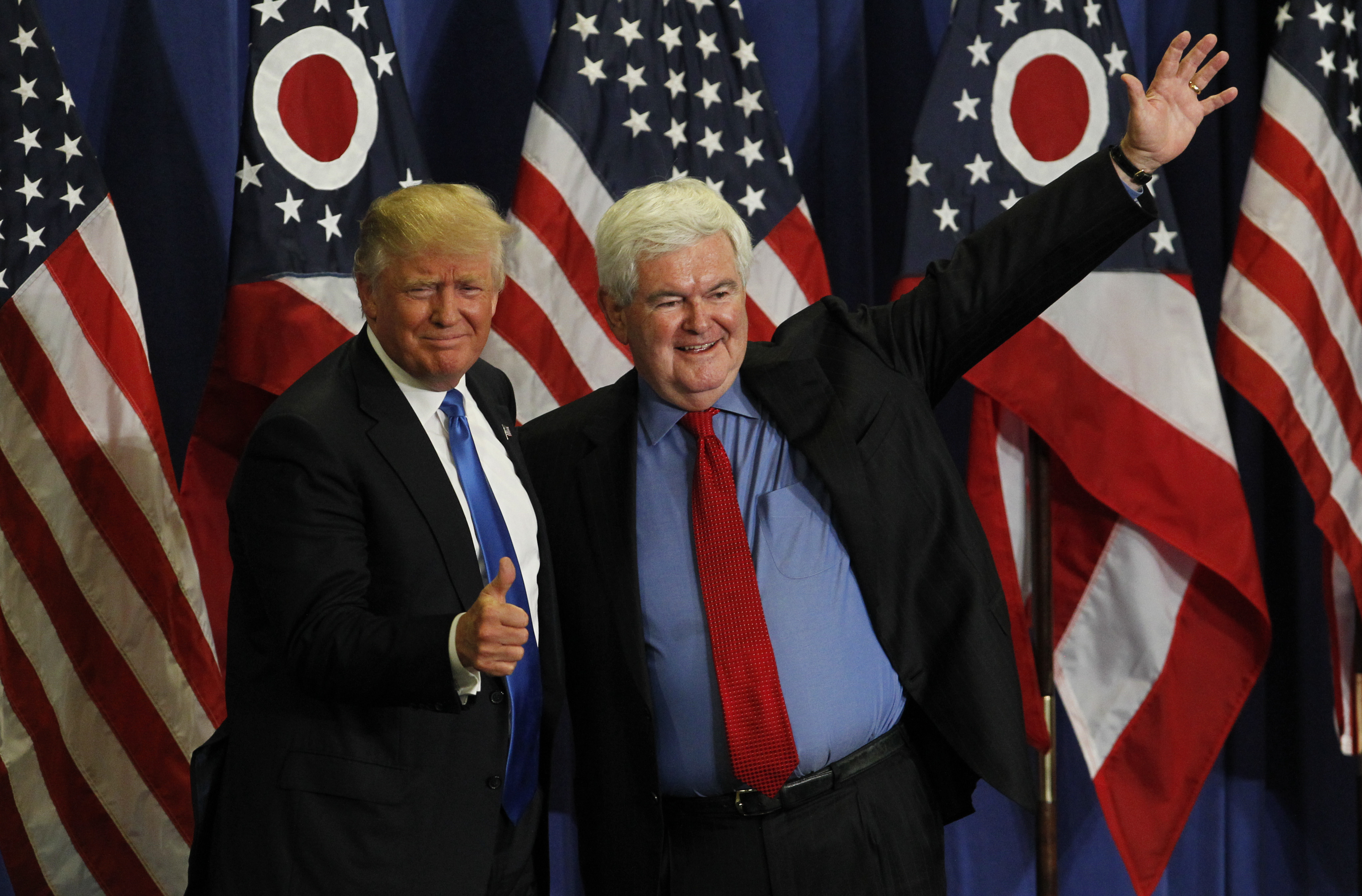 Sooo… Newt Gingrich, Trump’s political Svengali for this campaign, was on Fox Business’ Mornings with Maria Bartiromo and gave this interesting assessment.

MARIA BARTIROMO (HOST): But let’s talk about the current Speaker of the House. I mean you were in this seat. I want to know what you would be doing at this moment, because Paul Ryan says he’s continuing to go slam Trump for his — I mean he’s being slammed for his wavering support of Trump. Listen to this.

NEWT GINGRICH: Look, look. First of all, let me just say about Trump, who I admire and I’ve try to help as much as I can. There’s a big Trump and a little Trump. The little Trump is frankly pathetic. I mean, he’s mad over not getting a phone call? I mean —

BARTIROMO: But he’s not getting the support 27 days left.

They are discussing, of course, Trump’s boneheaded decision to declare war on other GOP candidates who have not been sufficiently subservient. A bigger man would see the bigger picture. But we’re talking about Trump here and where he is concerned there is no bigger picture than his own ego.

This begs a couple of questions. Gingrich is a fairly astute guy… okay, he’s brilliant… you have to know that he picked up on this Trumpian trait far sooner than the rest of us. Why is he shocked now? The second thing is that this is a rather bizarre critique to be delivered by Gingrich. 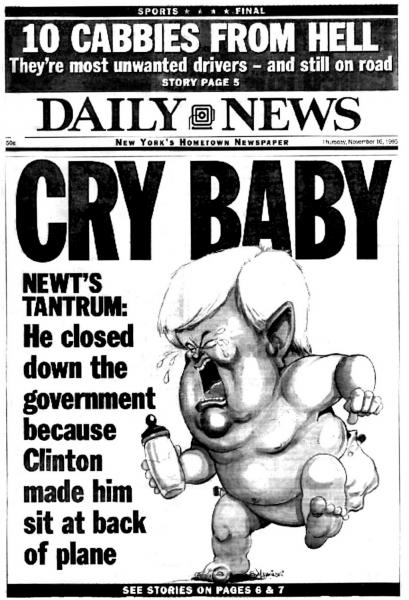 Here was Newt Gingrich, leader of the Republican Revolution and defender of civilization on this planet, forced to sit for 25 hours in the back of Air Force One, waiting for President Clinton to stop by and negotiate a budget deal. But Clinton never came back. So Gingrich, in his rage, drafted two resolutions that forced Clinton to bring the federal government to a grinding halt.

The extraordinary behind-the-scenes tale Gingrich told yesterday morning at a Christian Science Monitor breakfast is either comedy or tragedy, or junior high school cafeteria intrigue, take your pick. It surely was not what you expect to hear from the stewards of your government.

Gingrich had been invited aboard Air Force One last week to fly to the funeral of [traitor] Israeli Prime Minister Yitzhak Rabin. With a budget crisis pending, he expected Clinton would take time out during the flight to talk about a possible solution.

But Clinton, who seemed to be genuinely grieving over Rabin’s death, stayed up front in a cabin with former Presidents Jimmy Carter and George Bush on both the outward-bound and return trips.

Then, when the plane landed at Andrews Air Force base outside Washington, Gingrich and Senate Majority Leader Bob Dole were asked to deplane by gasp! the rear door.