Traitor Matt Drudge Implores Oprah to Run Against Trump in 2020 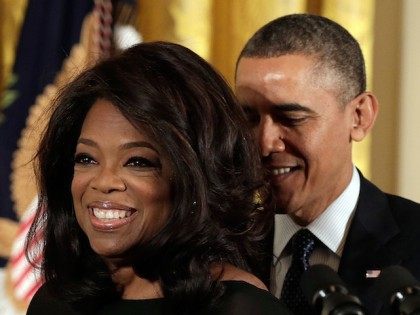 Matt Drudge urged Oprah Winfrey to launch a presidential campaign against Donald Trump in 2020 after she appeared to be giving some thought to a White House bid.

In a rare tweet, the founder of the Drudge Report, said:

Trump vs Oprah would be the most epic race in American history. MAKE THIS HAPPEN…https://t.co/sah5ckmz49

Winfrey, in an interview with financier David Rubenstein for his Bloomberg Television show, said before Trump was elected she did not believe she had the necessary government experience to run the country.

Oprah said she had never even considered a race for the White House.

And Rubenstein added: “It’s clear you don’t need government experience to be elected President of the United States.”