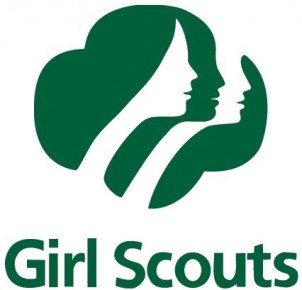 Conservative critics are once again expressing frustrations with the Girl Scouts of America over the group’s transgender policy — and a recent blog post that affirms its stance.

Titled, “The Meaning of ‘Serving All Girls,’” and written by Dr. Andrea Bastiani Archibald, who is identified as a “chief girl expert,” the blog post opens by explaining the Girl Scouts’ history of embracing and supporting girls since its founding in 1912.

But it is the definition of “girl” that some are taking issue with, considering Bastiani’s comments about diversity and gender identity.

“If a girl is recognized by her family, school and community as a girl and lives culturally as a girl, Girl Scouts is an organization that can serve her in a setting that is both emotionally and physically safe,” the blog post reads. “Inclusion of transgender girls is handled at a council level on a case by case basis, with the welfare and best interests of all members as a top priority.”

Bastiani continues, “As we face a complex and rapidly changing 21st century, our nation needs all girls to reach their full potential, which has been our focus for more than 103 years.”

The American Family Association, a conservative group, has launched a petition against the Girl Scouts’ policy of accepting transgendered children, urging the organization to “stop this nonsense by rescinding this dangerous policy now!”

It has already gained more than 37,000 signatures.

“The Girl Scouts of America has lost its moral compass and needs your encouragement to rescind this new policy,” the petition claims.

Penny Nancy, president and CEO of Concerned Women for America, recently decried the Girl Scouts’ policy on transgendered children, claiming that it creates a multitude of problems.

“They’re no longer Girl Scouts, they’re just Scouts. That’s fine if they want to rebrand,” Nancy said.” But it raises all kinds of complications and questions for parents, volunteer parents who are involved.”

The Girl Scouts is no stranger to controversy, as the organization has sparked conservative frustrations in recent years. In 2011, the organization came under fire for publishing “MEdia” — a book designed for girls in grades six through eight.

The guide, which offered insight into how young people should process and understand the media messages surrounding them, referred young readers to Media Matters for America as one of the primary sources for debunking lies and deceit.