Trump abandons building border wall in order to save DACA 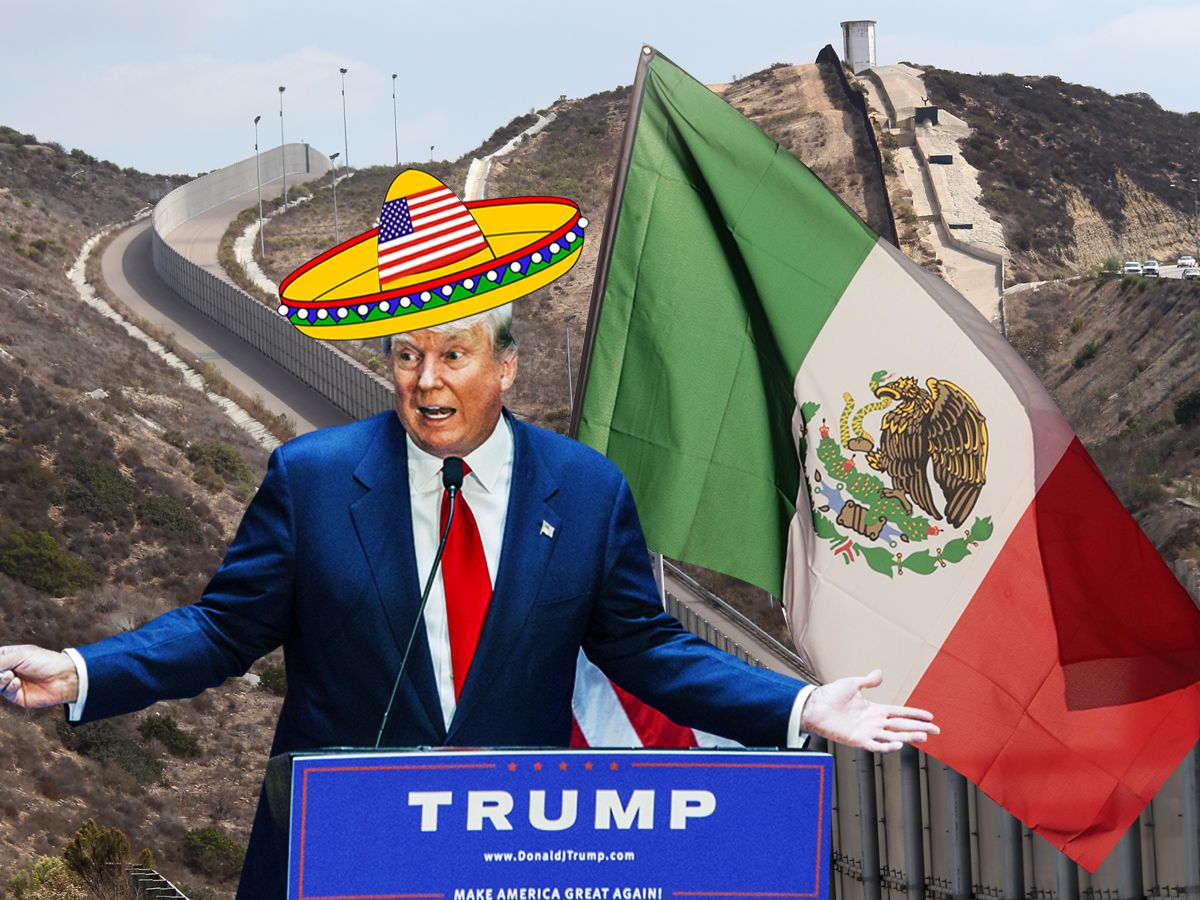 For a guy who likes to brag about how he only hires “the best people,” Trump’s childish response to Steve Bannon after it was revealed in a soon-to-be-released book that the former chief strategist wasn’t all that fond of working for the Narcissist-in-Chief wasn’t totally unexpected.

However, as the tabloid-styled details of the man behind the curtain in the Trump Land of Oz become fodder to feed the cultists who would support him even if he committed murder, the Trump/Bannon distraction is serving as the perfect cover for Trump’s next broken campaign promise.

Earlier this week, I wrote a piece about how Trump’s campaign promises to build a “big beautiful wall” on our southern border and to overturn Obama’s executive orders allowing illegal immigrants to stay in the country were lies. I also documented how Trump’s recent demand for wall financing from the Democrats in exchange for his support to make DACA permanent was a lie as well.

Turns out that I was right. Knowing that the wall he promised to build would never happen, Trump told a group of GOP leaders yesterday that he would settle for increased border security instead. 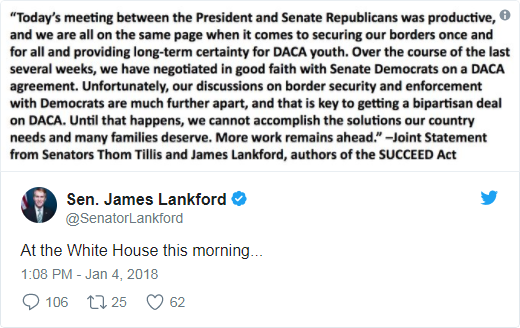 Not surprisingly, the Trumplicans in attendance were quick to defend Trump’s deception. Sen. James Lankford (OK) told the media that Trump didn’t mean he would build an actual “2,000-mile long, 30-foot high wall of concrete.” Instead, according to the Oklahoma senator, Trump’s wall promise only meant “border fencing,” a few “vehicle barricades,” new “technology,” and “greater manpower.”

Well, that’s not quite true.

For the record, Lankford co-sponsored the Solution for Undocumented Children Through Careers, Employment, Education, and Defending our Nation (SUCCEED) Act with Thom Tillis (NC) and Orrin Hatch (UT). If it becomes law, SUCCEED will allow DREAMers to stay in the country, work legally, and become lawful residents.

One final thought. In an interesting bit of coincidence, Hillary’s immigration plan preserved and defended DACA which is the same plan we now have from “not-Hillary.”