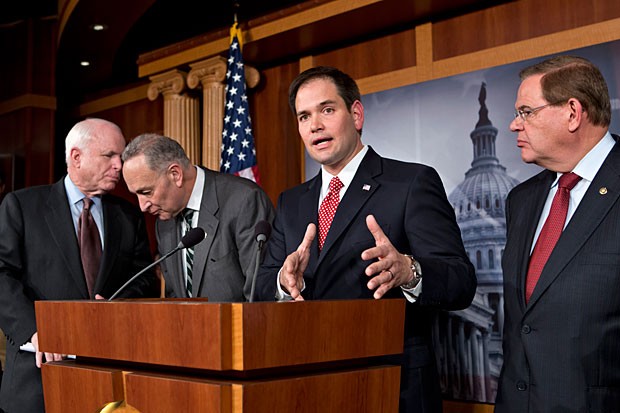 “If you look at the eight members of the gang of eight, Donald gave over $50,000 to three Democrats and two Republicans,” Cruz said. “And when you’re funding open border politicians, you shouldn’t be surprised when they fight for open borders.”

Cruz said he has a record of secure borders and fighting amnesty long before he ran for president.

“I can tell you, when I ran for Senate here in the state of Texas, I ran promising to lead the fight against amnesty, promising to fight to build a wall,” he said, “and in 2013, when I was leading the fight against the Gang of Eight amnesty bill, where was Donald? He was firing Dennis Rodman on ‘Celebrity Apprentice.'”