Trump Is Already Ditching His Movement and Supporters 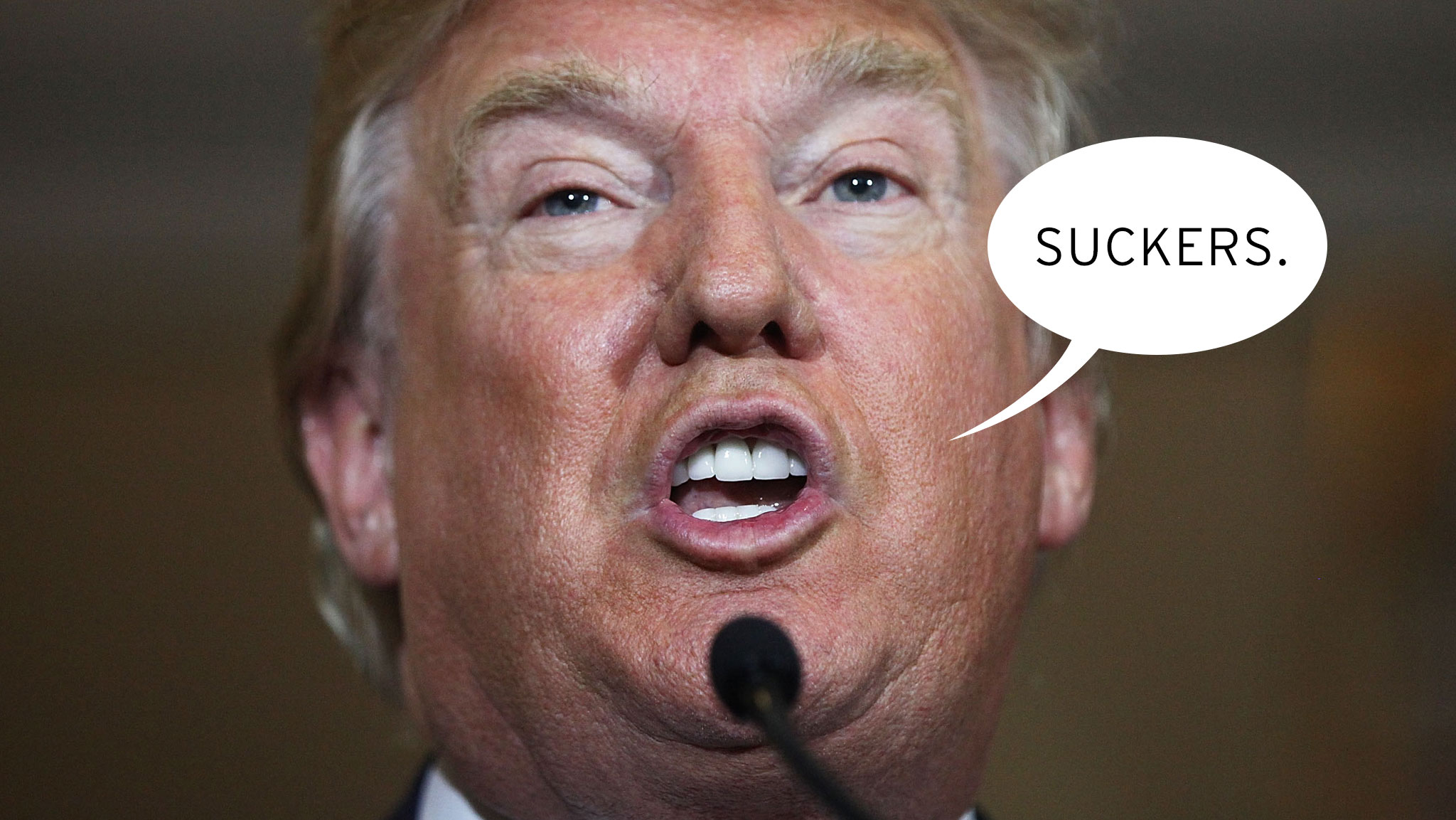 The president-elect’s supporters are quickly discovering that he fights only in his own self-interest.

We are one month from inauguration day, and it looks like the Donald Trump revolution is already almost over. In its place is a globalist establishment led by a rogue tweeter. Doubt me? Let’s review the great causes that motivated his base.

Since winning the White House, Trump has not “burned it down.” Instead, he’s “built it up.” Trump’s anti-establishment candidacy has put the establishment in charge. Paul Ryan and Mitch McConnell remain at the helms of the House and Senate. McConnell — the ultimate insider — may now be the most powerful Senate majority leader in decades, thanks to Harry Reid’s weakening of the filibuster. Trump’s core wanted to destroy both men. Instead, they rule their chambers and look primed to pass their own agendas through Congress.

Beyond Capitol Hill, Trump has stocked his staff and his cabinet with establishment fixtures and billionaires. His chief of staff is Reince Priebus, the former head of the RNC. His cabinet nominees include long-serving generals, the longest-serving governor in the history of Texas, the CEO of ExxonMobil, and a former Goldman Sachs partner.

Sure, he has a sprinkling of insurgents in the ranks, but his early supporters — insiders in outsiders’ clothing, such as Newt Gingrich, Rick Santorum, Mike Huckabee, Rudy Giuliani, and Chris Christie — are notable mainly for their absence. Not one has yet earned a significant place by his side. They hitched a ride on the Trump Train and were ushered off before the last stop.

If Trump didn’t “burn it down,” he sure didn’t “drain the swamp.” In fact, just today Gingrich, interviewed by NPR, said, “I’m told he now just disclaims that. He now says it was cute, but he doesn’t want to use it anymore.” Well, how could he? Government by Goldman Sachs and ExxonMobil is government by the swamp, of the swamp, and for the swamp. This isn’t a revolution, it’s a thoroughly conventional changing of the guard.

The list goes on. “Lock her up?” Nope. Trump already announced that he wouldn’t pursue charges against Hillary Clinton, and two weeks ago at one of his “thank you” rallies in Michigan, he interrupted the crowd’s chant with, “That plays great before the election — now we don’t care, right?” I guarantee the people who put “Hillary for prison” signs in their yard cared. But Trump never did.

It’s almost as if Trump said what he needed to say to win election, without regard for the truth or the consequences. Imagine that! Indeed, he even seemed to impute his own motives to his crowd. At a rally last week he said, “You people were vicious, violent, screaming, ‘Where’s the wall? We want the wall!’ Screaming, ‘Prison! Prison! Lock her up!’ I mean you are going crazy. I mean, you were nasty and mean and vicious and you wanted to win, right?” But now, in Trump’s words, “You’re mellow and you’re cool and you’re not nearly as vicious or violent, right? Because we won, right?”

For Trump, it was all tactics. And he appears to think it was just tactics for his supporters as well.

Perhaps nothing sums up Trump’s insincerity more than his secretary-of-state pick. To the extent that there was any cornerstone to Trump’s thoughts on foreign policy, it was his visceral disgust at George W. Bush and Bush-era interventionism. That was “globalist.” That was “nation-building.” He even went so far as to echo far-left talking points and claim that Bush lied his way into the Iraq War.

But in nominating the CEO of one of the world’s largest multinational corporations, Trump has nominated the very definition of a globalist. And just as Rex Tillerson has come under fire for his close ties to Vladimir Putin, the people who’ve rallied most strongly to his side are members of the Bush foreign-policy team — foremost among them Condoleezza Rice, DickCheney, and Donald Rumsfeld — and Bush himself, who in a private phone call last week lobbied Bob Corker on Tillerson’s behalf. Where are the sneering anti-globalists now?

For those not on the Trump Train, these moves are mostly reassuring. Some of his cabinet picks, such as General James Mattis at the Pentagon, are inspired. Others are simply solid. Most seem poised to implement the better parts of the GOP agenda and to dismantle the worst of Obama’s excesses. Trump’s foreign policy, however, is still the wild card, and he has done nothing at all to show Americans that he has a proper understanding of the metastasizing Russian threat to America’s vital strategic interests.

Trump’s movement was always about Trump. And those who marched to the polls believing that he’d “fight” for them should now know that the only fights he picks are those it’s in his self-interest to pick. Yes, he still might try to build the wall, because it would be too embarrassing to renege on that campaign promise. Yes, this first Supreme Court nominee will likely be solid for the same reason. But you can also count on him to blur the lines between his business and his administration, because money is in his self-interest. And he’ll likely keep tweeting like a Breitbart blogger, because that has served his political interests beautifully, at least so far.

It’s as if the people stormed the Bastille and set up the guillotines, only to find their leader feasting with King Louis. It turns out he was a member of the ancien régime all along.