Trump Key Advisor is an Anti-Semite and Ridiculed the Holocaust 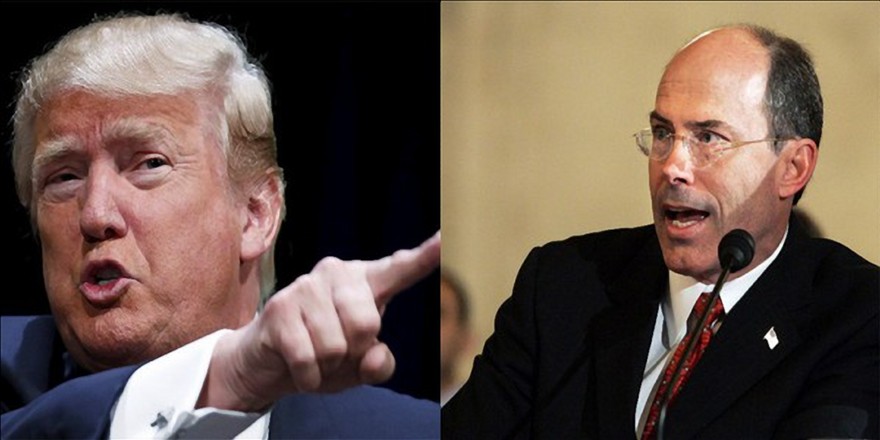 Schmitz had described his achievement in the Pentagon inspector general’s office as “I fired the Jews.”

Joseph Schmitz, one of five Trump senior advisers, is accused of boasting that when he was inspector general at the US Department of Defense under President GW Bush, he got Jewish employees fired, McClatchy reported. Schmitz, a Washington attorney, said the allegations are lies, and, according to McClatchy, the three people who made the accusations—one testifying under oath—are involved in employment grievances with the federal government, probably because they were fired.

Daniel Meyer, whose work for the Defense Department involved making decisions on department whistleblowers, noted in his complaint filed against the DOD, according to McClatchy, that Schmitz had described his achievement in the Pentagon inspector general’s office as “I fired the Jews.”

Meyer cited in his complaint a former senior Pentagon official named John Crane, who worked with Schmitz between April 2002 and September 2005, as having witnessed that statement by Schmitz, and also wrote that “in his final days, he allegedly lectured Mr. Crane on the details of concentration camps and how the ovens were too small to kill 6 million Jews.”

Schmitz said Crane made several false accusations against him, and told McClatchy that his wife, although not a practicing Jew, was “ethnically Jewish,” seeing as her maternal grandmother was a Jew (which would make her mother Jewish, of course).

Crane himself refused to comment saying he reserves his comments to the coming hearing of Meyer’s case before the Merit Systems Protection Board (MSPB), but his attorney denied Schmitz’s allegation that Crane was the source of all the bad press about him.

Meanwhile, according to McClatchy, this week a Jewish Army engineer named David Tenenbaum cited the Meyer allegations in a letter to Acting Pentagon Inspector General Glenn Fine as more evidence of an anti-Semitic culture in the military. “The anti-Semitic environment began under a prior Inspector General, Mr. Joseph Schmitz,” Tenenbaum’s lawyer wrote.

The Weekly Standard’s Bill Kristol has been irate at Trump’s hiring of Breitbart Executive Chairman Steve Bannon as his presidential campaign’s chief executive officer, because back in May Breitbart ran a story under the catchy headline: “Bill Kristol: Republican Spoiler, Renegade Jew.”

The story used the anti-Semitic holler because Krystol had announced he would not support Trump for president.

Andrew Breitbart, who founded the news website in 2007, died in 2012 and was replaced at the helm by Bannon.

“I knew Breitbart well, and he was a troublemaker but he was a good-hearted person,” Kristol told MSNBC’s Morning Joe, adding, “I hate the fact that it’s called Breitbart News. If they changed the name and called it Right Wing Intolerant Mean-Spirited News, that would be fine.”