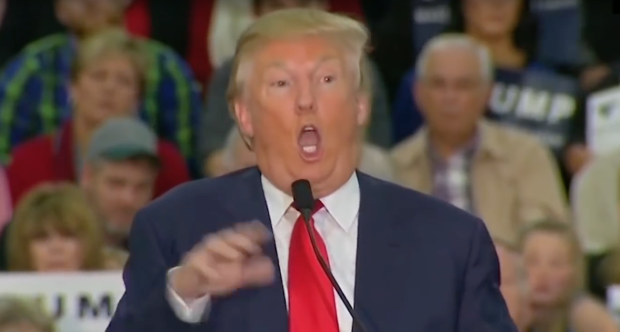 So Donald Trump apparently thinks he’s ready to start his own media conglomerate. When I first read it I thought, “This is The Onion, right?” Wrong. It’s still all preliminary but the possibility does exist.

Trump is indeed considering creating his own media business, built on the audience that has supported him thus far in his bid to become the next president of the United States. According to several people briefed on the discussions, the presumptive Republican nominee is examining the opportunity presented by the “audience” currently supporting him. He has also discussed the possibility of launching a “mini-media conglomerate” outside of his existing TV-production business, Trump Productions LLC. He has, according to one of these people, enlisted the consultation of his daughter Ivanka Trump and son-in-law, Jared Kushner, who owns the The New York Observer. Trump’s rationale, according to this person, is that, “win or lose, we are onto something here. We’ve triggered a base of the population that hasn’t had a voice in a long time.” For his part, Kushner was heard at a New York dinner party saying that “the people here don’t understand what I’m seeing. You go to these arenas and people go crazy for him.” (Both Kushner and Ivanka Trump did not respond to a request for comment.)

The flat out denial turned into a non-denial, denial:

Hope Hicks, Trump’s spokeswoman, adamantly denied that such conversations have occurred. (“There is absolutely no truth to this whatsoever,” she told me. “This hasn’t been even uttered. Not even thought about.”) Then, after conferring with Trump, she issued a subsequent statement clarifying her point: “While it’s true Mr. Trump garners exceptionally high ratings, there are absolutely no plans or discussions taking place regarding a venture of this nature.” Meanwhile, someone close to Kushner has suggested that Trump would be unlikely to go so far as to seek out a partner at this stage of the race, given that it might risk alienating many of the established media players that he has outflanked—and that he is relying on to get him elected. (Such a move would also inevitably raise issues regarding the F.C.C.’s “equal-time” rule.) Nevertheless, shortly after my correspondence with Hicks, he tweeted out: “The press is so totally biased that we have no choice but to take our tough but fair and smart message directly to the people!”

In the event this happens, Trump may be able to lure some of his favorite people from Fox News over to his station. Some suggested titles:

Either way, I won’t be one of those ones “calling my provider” to have his channel included in my lineup.