Trump on legalizing illegals: I’m not flip-flopping but we’re trying to “come up with something fair” 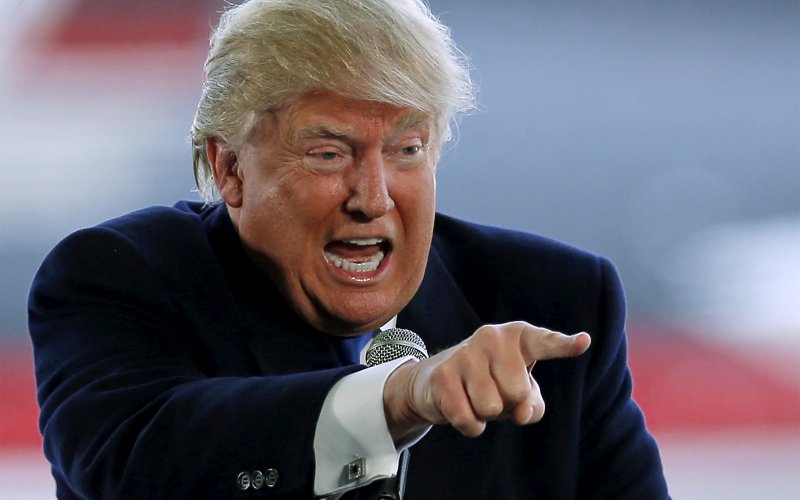 I … thought he already came up with an answer for illegals, namely, mass deportation. Did I dream that? We’re going to build a great big beautiful wall, we’re going to have a national“deportation force,” and then once everyone’s back on the other side of the border the “good ones” can line up to be readmitted as America’s need for extra labor dictates.

That’s the answer. Isn’t it? 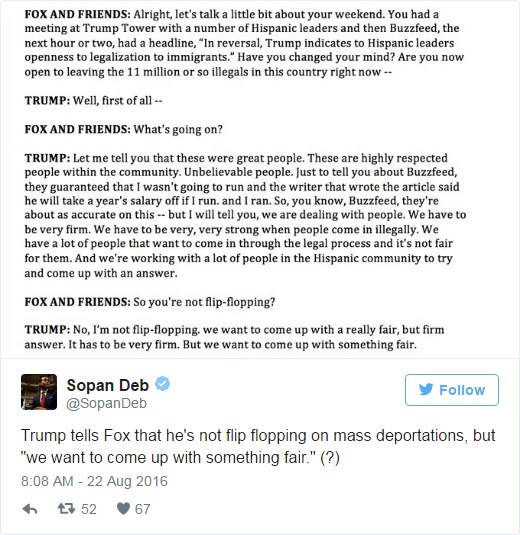 Skip to 4:25 below for the key bit. Twenty-four hours after writing this post, I still can’t fathom why Trump would have brought in Steve Bannon — or why Bannon would have agreed to join the team — if a walkback on his most politically incorrect nationalist policy was in the offing. The entire last week, in fact, has been a subversion of expectations about what Bannon leading the campaign would mean, with Trump reaching out to black voters, seemingly getting squishy on illegals, and doing basic smart retail stuff like visiting Baton Rouge after the flooding. Bannon was supposed to represent a turn towards the base; Trump would unofficially declare war on the GOP establishment and spend the rest of the campaign pandering to his fans as the supreme “outsider,” whatever that might mean to his electoral chances. Instead he’s thrown the fate of his most base-pleasing policy proposal into doubt. What’s the plan here? Team Hillaryreportedly thinks this is all part of a scheme to shore up support among “nervous Republicans,” which makes some sense. If nothing else, outreach to minority voters and softening on immigration will make the RNC think twice about cutting off Trump’s money. But that strategy will only work as long as Trump is willing to stick with it. The moment he pivots again and embraces Bannonism, the RNC will be ready to pull the plug. And if his polls don’t rebound soon, they might pull the plug anyway despite his momentary transformation into a more conventional, lower-key candidate.

The X factor is whether Trump’s base will revolt if he ends up supporting legalization for some illegals. If he doesn’t pick up many votes in the middle from all of this and ends up losing some from disgusted righties, then he’s in the worst of all worlds — his message muddled, his polls declining, his supporters demoralized, and the RNC set to write him off as a lost cause. But then, maybe I’m overestimating his fans in thinking any of them would bolt. Maybe they’ve gone full cult, willing to be sold out on even amnesty for the good of the leader, in which case the smart thing for him to do is to turn into, say, John Kasich on policy across the board. Hopefully that would be enough to get him a second look from swing voters, with Trump loyalists prepared to go along with whatever ride he wants to take them on.