Trump on Polls: I Only Like ‘The Ones Where I’m Winning’ 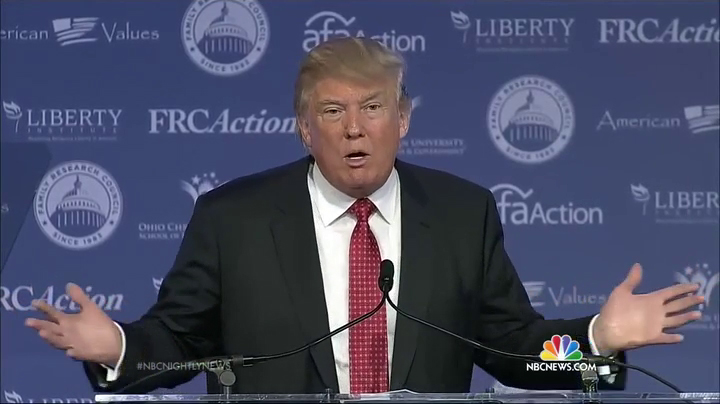 Donald Trump said Thursday night that the only polls that are to his liking are the ones that show him leading.

The Republican nominee, who has repeatedly cherry-picked polling data that shows him leading against Democratic nominee Hillary Clinton even as her lead over him has grown nationally and in key battleground states, continued to rail against the “rigged” election system during an interview with Fox News’ Bill O’Reilly.

“I won the third debate, easily. It wasn’t even a contest. And everybody had me winning. Every poll had me winning big league,” Trump said. “And then there were other polls that were, look, I mean, I’m winning in certain polls, and then in other polls, the dirty polls we call them, I was losing by, you know, numbers that were ridiculous.”

Pressed by O’Reilly to address recent polls that showed him down nationally by double-digits to Clinton, Trump dismissed the results.

“The only one I really like are the ones where I’m winning,” he said.

Trump, who recently has stoked fears about widespread voter fraud despite refutations by independent fact-checkers, pointed to the polls as signs of voter suppression.

“Something is going on with the polls. What they do is called suppression,” he said. “There is tremendous dishonesty in the polls. I have never seen anything like it. Tremendous.”

Earlier Thursday, Trump suggested canceling the election altogether and handing him the presidency.

“And just thinking to myself right now, we should just cancel the election and just give it to Trump, right? What are we even having it for? What are we having it for?” he asked. “Her policies are so bad. Boy, do we have a big difference.”